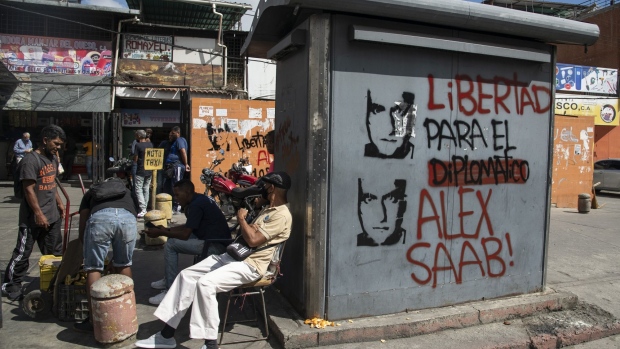 The ruling comes two days after a regional court in Nigeria ordered the authorities in Cape Verde, an Atlantic Ocean island nation, to free Saab and halt extradition proceedings.

Saab, 49, has been indicted by a U.S. federal court in Florida on money-laundering charges related to bribing Venezuelan officials. He has denied the charges through his lawyers.

The Cape Verde Supreme Court “confirms the judicial authorization for the extradition of the defendant to the U.S.,” it said in the ruling. “The extradition that is now authorized is for the extradited person to be subject to a criminal process for only one of the crimes that is being attributed, in accordance with the guarantee offered by the requesting state.”

Saab plans to appeal, said Femi Falana, one of his lawyers.

“We shall be filing an appeal to the Constitutional Court and reaffirm our confidence that Ambassador Saab will be released,” he said in a text message. “The defense is currently studying the decision and we will issue a further substantial statement later.”

Saab was detained June 12 when the private plane he was traveling on from Venezuela to Iran made a fuel stop on the Cape Verdian island of Sal. Prior to his arrest, Saab was tapped to orchestrate deals that would exchange Venezuelan gold for Iranian gasoline.

Authorities in Cape Verde said they made the arrest in response to an Interpol Red Notice, spurred by the money-laundering charges. Following his arrest, Venezuela identified Saab as its diplomat on a “humanitarian mission” to Iran, an argument Cape Verde’s Barlavento Court of Appeal has rejected.

The Economic Community of West African States Court of Justice, based in Nigeria, on March 15 ruled that Saab should be freed because he was detained before the Red Notice was issued.

(Updates with details of ruling from fourth paragraph)