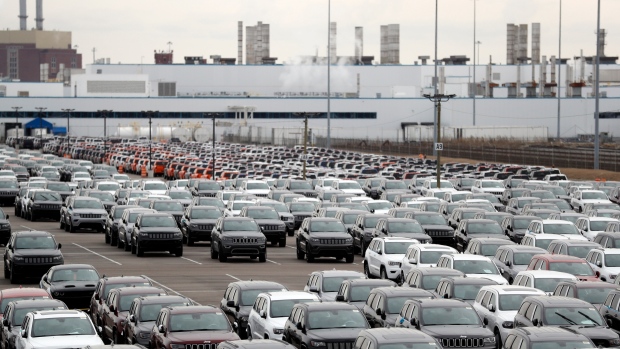 U.S. manufacturing contracted in November for the first time since May 2020 as output weakened in the face of a third-straight month of shrinking orders.

The Institute for Supply Management’s gauge of factory activity slid to 49 from 50.2 in the prior month, according to data released Thursday. The measure has fallen in five of the last six months and stands below 50, the threshold separating expansion and contraction, for the first time since the pandemic lockdowns.

The median projection in a Bloomberg survey of economists called for a reading of 49.7. Just six manufacturing industries reported growth in November.

A measure of prices paid for materials used in the production process fell for an eighth straight month, the ISM report showed. Input prices shrank at the fastest pace since May 2020 in a welcome sign goods inflation is easing amid less stress on supply chains.

“Notably, 87 per cent of respondents reported paying the same or lower prices in November, compared to 80 per cent in October,” Fiore said.

The group’s measure of new orders has contracted for the fifth time in six months, while the production gauge retreated to 51.5 in November. The weakest readings for both order backlogs and imports in more than two years also indicated softer demand.

A measure of customer inventories showed stocks shrank at the slowest rate since April 2020. That may help explain the falloff in new orders to manufacturers and fuel concerns about the inventory glut seen at some retailers.

The overall gauge was further weighed down by shrinking payrolls in the sector, as manufacturers cope with both labor shortages and a moderation in demand.

“Labor management sentiment continued to shift, with a number of panelists’ companies reducing employment levels through hiring freezes, attrition, and now layoffs,” Fiore said. “In November, layoffs were mentioned in 14 per cent of employment comments, up from 6 per cent in October.”

“Customer demand is softening, yet suppliers are maintaining high prices and record profits. Pushing for cost reductions based on market evidence has been surprisingly successful.” - Computer & Electronic Products

“Future volumes are on a downward trend for the next 60 days.” - Chemical Products

“General economic uncertainty has created a slowdown in orders as we approach the end of the year, and many of our key customers are reducing their capital expenditures spend.” - Machinery

“Overall, things are worsening. Housing starts are down...We’re sitting on cash (that is) tied up in inventory.” - Electrical Equipment and Appliances

“The market remains consistent: sales match expectations; there are concerns about the impact of rising interest rates on customers; most suppliers have recovered on labor, but some are still struggling; and inflation seems to have peaked, but commodity price decreases have not been passed through to us” - Miscellaneous Manufacturing

“Looking into December and the first quarter of 2023, business is softening as uncertain economic conditions lie ahead.” - Plastics & Rubber Products

The U.S. figures are consistent with a broader slowdown in manufacturing around the world. The S&P Global measure of factory activity in the euro area pointed to contraction, while in Japan, the gauge dropped below 50 for the first time in almost two years. Electronic hubs Taiwan and South Korea were also sluggish.