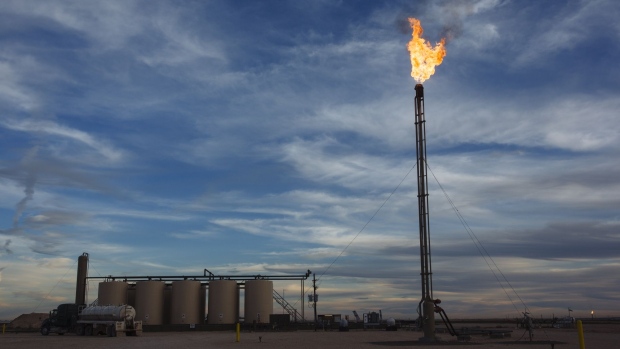 (Bloomberg) -- Consolidation in the Texas oil patch is gaining momentum this week after Matador Resources Co. agreed to acquire Advance Energy Partners Holdings LLC for about $1.6 billion in cash, the largest deal in Matador’s 20-year history.

The purchase of Advance, which is currently controlled by private equity firm EnCap Investments LP, is expected to be completed early in the second quarter, Dallas-based Matador said Tuesday in a statement. Matador also agreed to pay an additional cash consideration of $7.5 million for each month this year in which the average oil price exceeds $85 a barrel.

The acquisition comes just a day after Texas oil firm HighPeak Energy Inc., which explores in the Permian Basin, said it was considering selling itself. The region — the largest and most productive US oil patch — has long been a focus of consolidation because of its size and scale.

Matador said Advance had an estimated production in the first quarter last year of 24,500 to 25,500 barrels of oil and natural gas equivalent per day, and has about 18,500 net acres in the northern Delaware Basin, which is part of the larger Permian formation.

Matador CEO and founder Joseph Foran said in a conference call Tuesday that he is bullish about the quality of acreage his company acquired. There have been concerns about dwindling inventory of top-tier well sites in west Texas.