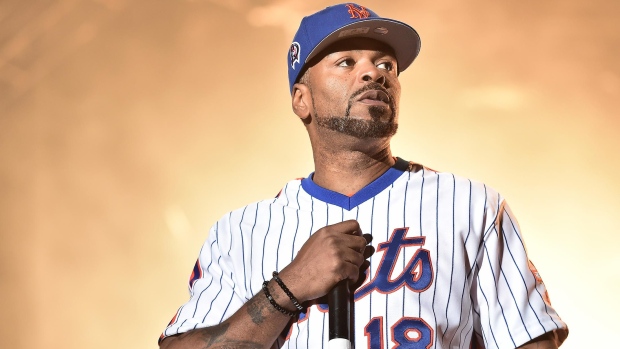 Method Man, the actor and rapper known for his work with Wu-Tang Clan, is launching a cannabis business that aims to bring more black ownership to the industry.

Tical, named after his 1994 solo debut album, will start selling marijuana to four black-owned dispensaries as soon as this weekend, said spokesman Neal Kwatra. The company, whose name stands for “Taking Into Consideration All Lives,” has raised US$300,000 with New York-based JLS Fund for its initial launch, and aims to bring in US$3 million for a nationwide rollout.

Ottawa Mayor Jim Watson didn't know who the Wu-Tang Clan were. Yet the hip hop icons stepped in and donated $10,000 to the city's food bank and launched a promotional initiative to raise money for... the children.

“Personally, it is essential that we use our brand to help bring awareness to the social, systemic and economic injustice in communities that have struggled with oppressive mass incarceration and racially biased policing policies,” Method Man said in a statement.

The launch comes amid a heightened focus on race and inequality across the business world as protests over the police killing of George Floyd put a spotlight on the issues. Tical’s partnership with a small grow house is part of a plan to focus on family-owned or minority-owned businesses and high-quality strains of cannabis, said Bryan Zabinski, a partial owner and operating partner.

Cannabis has been a racially fraught industry. African Americans are almost four times as likely to be arrested than white people for marijuana, according to the American Civil Liberties Union. Only 19 per cent of cannabis consumers are minorities, according to research firm BDS Analytics, which tracks sales in states where it’s legalized.

Other black ventures in the cannabis space include Canopy Growth’s partnerships with musicians Drake and Snoop Dogg, and Lil Wayne’s Gkua Ultra Premium. Method Man, whose real name is Clifford Smith, has a 20 per cent ownership stake in Tical.