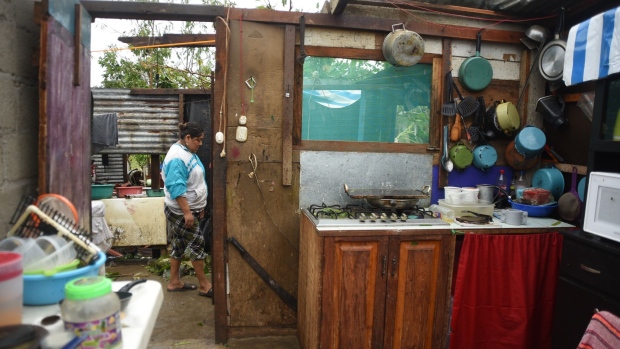 Detail of two exposed bedrooms in a building of which part of the wall was knocked down after a magnitude 7.1 earthquake hit yesterday close to 9:00 pm on September 08, 2021 in Acapulco, Mexico. , Photographer: Raul Aguirre/Getty Images

(Bloomberg) -- Mexican startup Super, which offers coverage for earthquake property damages, plans to expand into hurricane insurance and possibly raise a fresh funding round next year, according to chief executive officer and founder Sebastian Villarreal.

The company, which launched in 2019, offers simple and affordable insurance options to clients by eliminating the middlemen. Super uses technology to determine claims and makes direct payments to clients in a matter of days.

Its quake insurance, which was tested during a 7.0 magnitude tremor on Sept. 7, is based on acceleration models developed by external seismic engineering firm ERN. The model determines the potential damage that a quake initiated thousands of miles away can cause on a client’s home, whether it is a house or a high rise condo building.

Super is now turning its attention to providing support for damage caused by ever-more frequent hurricanes, especially in the Mexican states of Quintana Roo, Campeche, Veracruz, Jalisco and the Baja Peninsula.

“We will be launching by mid next year. It will take into consideration the hurricane category, its path, and wind speed where you live,” Villarreal said in an interview this week in his office.

Super also offers life insurance and health coverage, particularly for Covid-19. The company has a staff of 22 employees in Mexico, Canada and the U.S. as of now. Villarreal wouldn’t disclose the number of clients to date.

Mexico has been particularly susceptible to major earthquakes as it lies on the eastern rim of the Ring of Fire, a region around the Pacific Ocean with strong seismic activity. Several states were rocked by two powerful quakes of 8.2 and 7.1 magnitude in September 2017.

The country is also in the path of major hurricanes that originate in the Atlantic and intensify in the warmer waters of the Caribbean and Gulf of Mexico. Hurricane Grace killed 9 people in Veracruz in early August, followed by the storms Ida and Nora that made landfall within hours of each other days later.

As for financing needs, Villarreal said that Super is adequately funded right now but he didn’t rule out Series B financing in 2022, which could near $30 million, to sustain growth in Mexico.

“We won’t raise money again if it is not from a fund of the highest caliber,” he said.

Villarreal declined to name any existing or potential backers. The company previously raised $9.6 million in seed money and a Series A round.