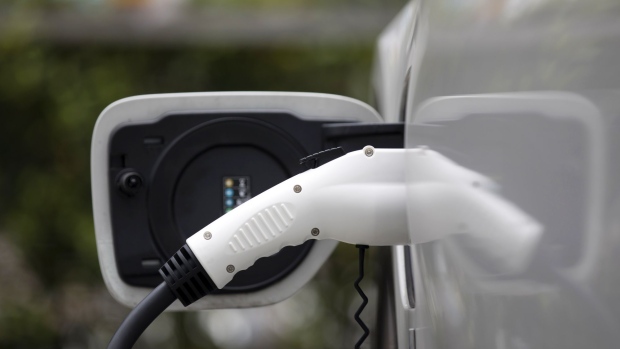 (Bloomberg) -- Mexico Economy Minister Tatiana Clouthier threatened to retaliate against the U.S. if it approves tax credits for electric cars built in the U.S. as part of a $1.75 trillion spending package being considered by the Senate.

Clouthier on Thursday said Mexico could call for a formal consultation process, as it did in a spat over what portion of car parts have to be made regionally in order for the vehicle to trade duty-free, plus take more aggressive actions that would impact trade.

“To defend our auto industry and the regional promise that we made, we will retaliate commercially,” the economy minister said. “We’ve imposed tariffs before and we’ll have to establish something important, or strategic, involving the products or places that will hurt the other side. We’d have to make precision hits so that they feel the consequences.”

Clouthier said that Mexico would appeal to U.S. senators in the coming days that they should be against the credits.

The plan would offer an additional $4,500 in tax credits to consumers who buy cars made by U.S. manufacturers with union-represented workers, beyond an initial $7,500 that at first will apply to vehicles regardless of where they are made and five years later will apply only to those made in the U.S. That decision would incentivize automakers to move their plants to the U.S., Clouthier said.

“If we want to take an action that’s truly to address climate change, which is the justification for this, or would be, we can focus on the issue of infrastructure needed for the supply of electric cars,” Clouthier said. “There are other ways to do it.”