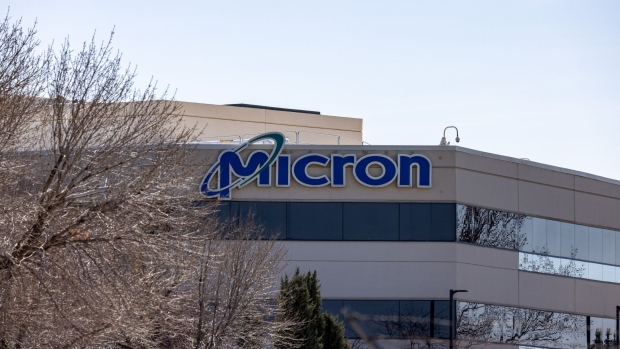 (Bloomberg) -- Micron Technology Inc. is planning to build a DRAM plant in Hiroshima prefecture, western Japan, for as much as 800 billion yen ($6.98 billion), the Nikkan Kogyo newspaper reported Wednesday, without attribution.

The largest U.S. maker of memory chips will purchase land near existing facilities in Higashihiroshima city for the plant that’s estimated to cost about 600 billion to 800 billion yen, according to the report. The Japanese government may provide some subsidies, the Nikkan Kogyo added.

The report comes as Japan’s Ministry of Economy, Trade and Industry in June said it would treat semiconductor industry growth as a “national project” amid concerns the nation has lost its edge in the field.

Last week, Taiwan Semiconductor Manufacturing Co. said it will build a fabrication facility for specialty chips in Japan with production scheduled to start in 2024. The Asahi newspaper reported the following day the government was ready to offer about 500 billion yen in financial support, covering nearly half of the total investment.

Micron’s new plant will start operations by 2024 and will serve to meet the medium-to-long term demand for data centers and other applications. The plant is expected to create 2,000 to 3,000 jobs, including those at business partners, according to the report.