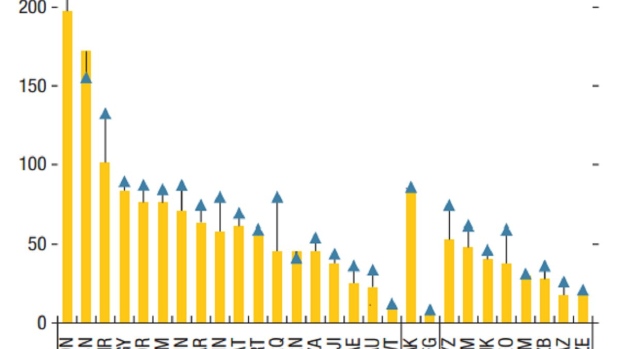 (Bloomberg) -- Financing needs in the Middle East and North Africa are expected to reach $919 billion for this year and next as the region seeks to recover from the coronavirus pandemic, according to the International Monetary Fund.

In an updated outlook published Sunday, it said public-financing requirements were likely to remain above 15% of gross domestic product in most parts of the region through the end of 2022.

The global lender revised its MENA growth projections upward to 4% in 2021, from an earlier estimate of 3.1%. The IMF expects output to expand 3.7% next year, but the improvement will ultimately be determined by the speed of vaccine rollouts, said Jihad Azour, director for the region.

“The recovery has started, but it has started on a divergent path,” he said in an interview. “Our first message is countries need to accelerate vaccinations, give it the first priority. Regional cooperation is welcome.”

The IMF upgraded its global economic growth forecast this month, while warning that advanced nations would be less affected by the virus in 2021 than low-income ones where inoculation programs lag.

In the wider MENA and central Asia region, financing needs will be at least $300 billion higher in 2021 and 2022 than in the previous two-year period, totaling $1.1 trillion.

More than a third of countries in that expanded group have seen their debt-to-GDP ratios surge above 70%, most of them in MENA, the report said. Any tightening of liquidity or rising interest rates will increase pressure on governments having to borrow more to fund programs, said Azour.

Higher prices have “improved the outlook this year, especially in terms of external accounts and also in terms of the fiscal side for oil-exporting countries,” Azour said.

The IMF estimates average deficits as a share of economic output last year reached nearly 12% for advanced economies, about 10% for emerging markets, and 5.5% for low-income economies.

More from the IMF: