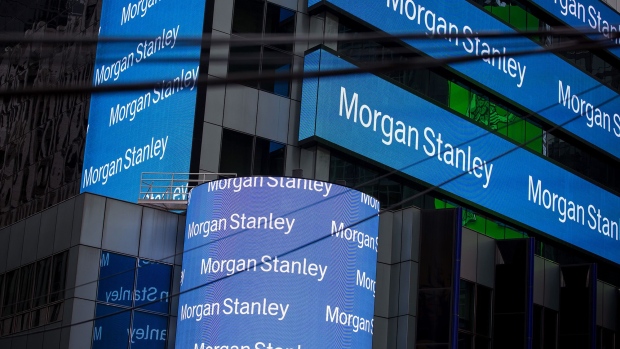 Morgan Stanley rounded out a winning week for Wall Street trading desks with its own success story: Revenue from the business surged 22 per cent in the third quarter, lifting the firm’s profit to the second-highest ever.

The trading division topped analysts’ estimates, driven by a 35 per cent jump in fixed-income revenue that was second-best among the big banks. The gains echoed similar results from JPMorgan Chase & Co., Goldman Sachs Group Inc. and Citigroup Inc., which also benefited from continued swings in markets driven by the pandemic.

The gains brought the trading total for the five biggest U.S. investment banks to US$23.3 billion, a windfall that helped them counteract credit losses and other negative impacts of the pandemic. Gorman has also taken the opportunity to go on a bit of a shopping spree, unveiling two of the industry’s biggest takeovers since the financial crisis: the US$13 billion purchase of E*Trade Financial Corp. and a US$7.8 billion deal to buy asset manager Eaton Vance Corp.

The third quarter also continued a stark contrast between how the largest U.S. banks are seeing big gains in their capital markets businesses even as the broader economy struggles to recover. Firms like Morgan Stanley, with little exposure to consumer credit woes, have fared best.

The company’s shares have fallen less than one per cent since the start of the year, the best performance among the top six banks. Shares of the company were little changed at US$50.70 at 7:32 a.m. in early New York trading.

Fixed-income trading revenue at Morgan Stanley was US$1.92 billion, compared with the US$1.7 billion analysts were predicting, based on estimates compiled by Bloomberg. Equities trading revenue rose to US$2.26 billion, surpassing the US$2.2 billion average estimate.

Morgan Stanley’s investment bankers posted revenue of US$1.71 billion, compared to the US$1.6 billion analyst estimate. The bank had a key role on the direct listing of secretive big-data firm Palantir Technologies Inc. -- a process that was beset by some opening-day technical hiccups. Equity underwriting more than doubled from a year earlier.

Wealth-management revenue climbed seven per cent to US$4.66 billion, while investment management brought in US$1.06 billion. The two divisions are becoming even more important for revenue, as assets swell with the firm’s new purchases.

E*Trade’s roughly US$700 million in quarterly revenue wasn’t included in Morgan Stanley’s results, because the deal was completed at the start of the fourth quarter. The Eaton Vance acquisition is expected to wrap up in the middle of next year.

The new Morgan Stanley will rely on its beefed-up wealth- and money-management businesses for a majority of its revenue, while also trying to maintain its standing in the markets and dealmaking world.