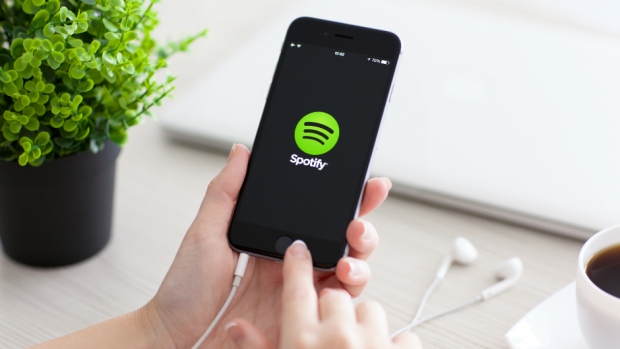 The Spotify app is displayed on a phone , BNN

LONDON - Subscription music leader Spotify is set to capitalize next year on the rude health of the industry with a stock market flotation, even as competitors race to find fresh ways to outflank it by catering to often fickle consumer tastes.

As Spotify plans a stock market listing, its own valuation among private investors has grown around 20 per cent to at least US$19 billion in the past few months, sources familiar with the matter told Reuters last week.

The streaming music service said last June it had more than 140 million active users while listing more than 30 million songs, but it is paid subscribers that count in business terms. Spotify last reported over 60 million paid users, twice that of Apple Music, its closest rival.

The global market for recorded music grew by 5.9 per cent in 2016 - the quickest pace in the two decades since industry body International Federation of the Phonographic Industry (IFPI) began tracking the digital music market in 1997.

No. 1 Spotify reported over 60 million paid subscribers in July.

No. 2 Apple Music reported 30 million users as of September.

No. 3 Amazon had around 16 million paid subscribers in July, according to MIDiA Research.

Google's (GOOGL.O) YouTube has been one of the most popular sources of free music for online listeners for a decade.

YouTube is expected to join up with Google Play service for phones to create a new paid streaming service in the first few months of 2018, according to various media reports, building on an initial ad-free effort called YouTube Red it launched in 2016 with popular song artists.

Soundcloud. Once the world's most popular free streaming music app, the Berlin-based company struggled to find a profitable business model before nearly running out of cash this year. Since August, it has raised new financing and brought in an executive team that had worked for online video service Vimeo.

Deezer dominates the francophone world and parts of Eastern Europe. It competes with big global players not by securing the rights to the latest music from Beyonce or Ed Sheeran, but by focusing on local music genres in fast-growing markets and striking deals with telecom operators.

Pandora Media Inc, the largest U.S. music service, has struggled in recent years with its advertising supported service, which users may find too invasive as alternatives proliferate. CEO Roger Lynch said last month it aims to improve its existing platform. A source told Reuters that it will likely buy an ad tech firm to help, rather build its own system.

Music streaming dominates in Europe and the Americas, but Asia is a far newer story. While global brands are racing to expand there, regional players such as China's Joox are creating a home field advantage by hiring local teams with different interfaces for Chinese, English and Malay listeners and more localized music options.

Spotify and the music arm of China's Tencent Holdings Ltd agreed to buy minority stakes in each other ahead of the Swedish firm's expected stock market listing, the companies said earlier this month.