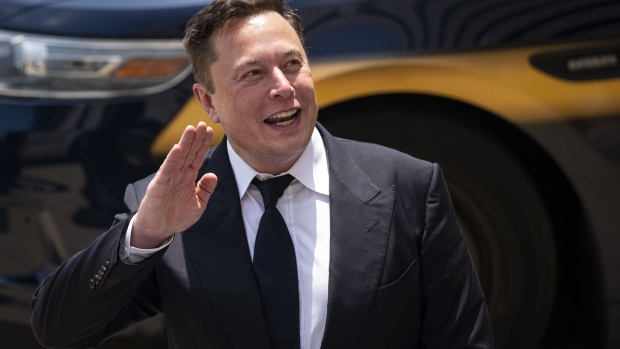 (Bloomberg) -- Elon Musk has teased something called “X, the everything app” after he buys Twitter Inc. Based on the billionaire’s past comments, that service could look a lot like Chinese super-app WeChat.

Musk didn’t provide many details beyond a one-line tweet. But the Tesla Inc. impresario has openly admired the Tencent Holdings Ltd. app that’s grown from a messaging service to a mini-internet used daily by more than a billion Chinese.

He’s mused aloud about making Twitter more useful, indicating he wants it to be more like WeChat and TikTok, the video-sharing service owned by ByteDance Ltd. that’s taken off across the US. And he’s drawn parallels to so-called super apps common in parts of Asia, letting people use a single smartphone application for a range of services from communications to summoning a car.

Here’re five things about WeChat that could serve as a template for Musk:

At Tesla’s annual shareholder meeting in August, Musk stressed that he uses Twitter a lot and that he has ideas on ways to make the platform “radically better.” He compared his ambitions for Twitter with the vision he had for X, a financial services company he co-founded in 1999.

There’s one thing though that Musk -- an advocate for internet freedoms -- is unlikely to take a page from. WeChat is heavily monitored and censored: armies of AI and human moderators help ensure it’s clean of content the ruling Communist Party deems undesirable. That’s everything from lewd posts to dissent and criticism of the government.