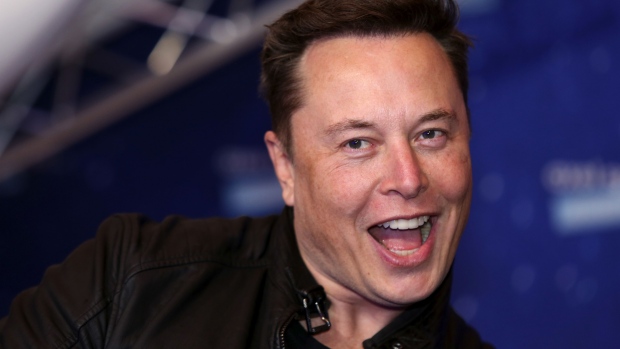 Tesla Inc.’s chief executive officer said he hopes Rivian can boost production rates and get cash flow to break-even. But in a tweet Thursday he also noted that of hundreds of startups, “Tesla is the only American carmaker to reach high volume production & positive cash flow in past 100 years.”

Rivian, led by R.J. Scaringe, on Wednesday pulled off the biggest initial public offering worldwide this year. After a 22% gain Thursday, the company is already worth $107 billion, making it the fifth-largest automaker by market cap.

The company is building battery-electric delivery vans for Amazon, as well as a pickup truck marketed to outdoor enthusiasts. Rivian lost almost $1 billion in the first half of the year and estimates that annual production will hit 150,000 vehicles at its main facility by late 2023.

Rivan has hired scores of former Tesla employees, including key engineers who were involved in Tesla’s Model 3 launch.

Musk has mused about Rivian before, saying last month that “prototypes are trivial compared to scaling production and supply chain.”