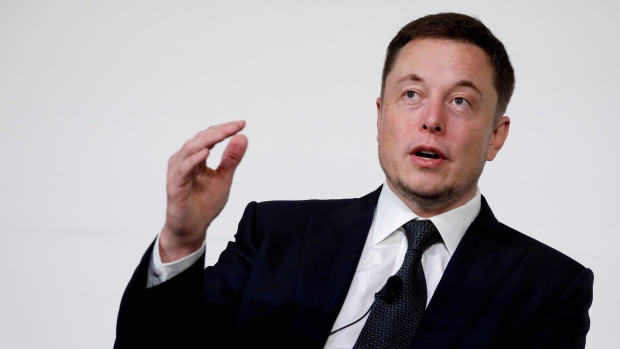 Tesla Inc.’s Elon Musk is due to be in Shanghai at an event with the government on Tuesday, according to people familiar with the plans, as the U.S.-China trade war upends the world’s largest market for electric vehicles.

The chief executive officer will also visit Beijing on Wednesday and Thursday, said one of the people, who asked not to be identified because the information isn’t public. While details of the trip weren’t immediately available, Tesla has been working on setting up a production facility in China for more than a year.

That effort is getting renewed urgency because the U.S. and China have increased tariffs on vehicles. Tesla has raised prices of Model S sedans and Model X crossovers in China by as much as US$30,000 after Beijing imposed additional duties on American-built autos, putting its vehicles beyond the reach of more consumers in its No. 2 market globally.

A Tesla China spokeswoman didn’t return an email seeking comment and multiple calls made to mobile phone weren’t answered. The Palo Alto, California-based company’s shares rose as much as 2.6 per cent and were up 1.1 per cent to US$312.19 as of 10:06 a.m. Monday in New York.

Tesla said in June 2017 that it was working with the Shanghai government to explore local manufacturing. The company’s only car-assembly plant is in Fremont, California, and it also has a battery factory in Nevada.

In November, Musk said Tesla was about three years away from starting production in the world’s biggest auto market. The factory will make a couple hundred thousand vehicles a year for buyers in China and potentially other parts of Asia, he said at the time.

Tesla probably will make the Model 3 and upcoming Model Y crossover in China and won’t build the bigger and pricier Model S or Model X there, Musk said then. In June, he told shareholders that the company may announce more details as soon as this month about plans to build a car, battery-pack and powertrain plant in Shanghai.