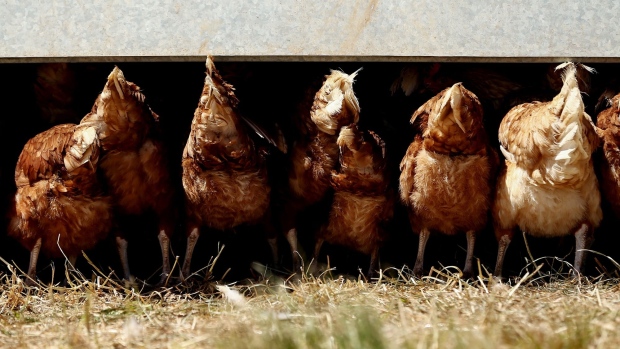 (Bloomberg) -- A deadly form of bird flu that can be transmitted to humans has been detected for the first time in Namibia’s history, the Directorate of Veterinary Services said.

The highly-pathogenic H5N1 avian influenza, or HPAI, was found in wild birds in the towns of Walvis Bay and Swakopmund on the southwest African nation’s coastline.

The harvesting of guano, or bird excrement used for fertilizers, has been suspended from those areas as a result, the directorate said in an emailed statement Thursday.  It also banned movement of live and domestic birds.

Bird flu often spreads through migrating birds and highly pathogenic varieties can be deadly to poultry. The outbreak in Namibia comes as Europe has been facing a grim season, with cases detected in more than two dozen countries since October, risking higher chicken prices and fewer-free range eggs.