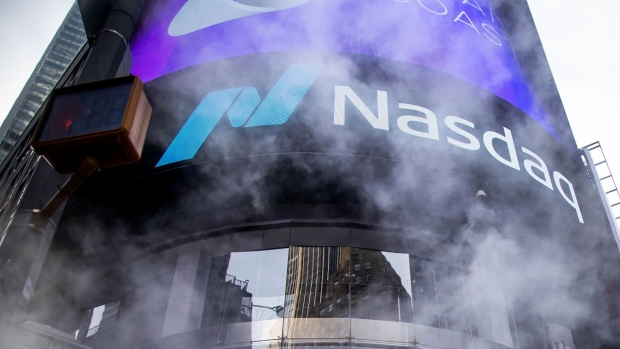 (Bloomberg) -- Nasdaq Inc. won approval to expand the limits on capital raises in direct listings in an effort to encourage more companies to go public using them, with New York Stock Exchange soon to follow.

The US Securities and Exchange Commission approved Nasdaq’s request earlier this month and is expected to do the same for NYSE’s proposal, according to people familiar with the matter, who asked not to be identified discussing private information.

Representatives for NYSE and the SEC declined to comment.

“Once we see the new issue markets open, this will be much more topical in terms of being an alternative,” Karen Snow, senior vice president and head of US listings and revenue at Nasdaq, said in an interview. “This is a silver bullet, because you now have the option to issue primary, not just secondary shares.”

The revised rules on both exchanges could make direct listings more appealing to companies as an alternative to traditional initial public offerings. The changes will allow companies to raise more money in a direct listing, as well as garner wider investor participation.

Nasdaq and NYSE already allow a company to raise money in a direct listing, but only if the shares are sold in the range stated in the company’s registration statement. This has proved too limiting and presents too high of a risk of a failed offering. As a result, no companies have raised capital in a direct listing to date.

“We’ve removed the friction with this solution and you will see large and small companies using it on a more regular basis going forward,” Snow said.

The new Nasdaq rule will allow a company to sell shares in the opening auction on the exchange at a price outside of the range in their registration statement—up to 20% below and 80% above. It will also require that the company listing securities retain and identify an underwriter.

Nasdaq scored a direct listing from Coinbase Global Inc. in 2021, which was the biggest of its kind. Companies including Slack Technologies Inc., Palantir Technologies Inc. and Roblox Corp. have listed on the NYSE.

In those direct listings, the companies didn’t issue any new shares. Unlike a traditional IPO, banks in a direct listing don’t underwrite shares or allocate them to institutional investors the night before they begin trading. They are instead sold by shareholders on the day of the listing based on market demand. One of the key advantages of a direct listing is that that investors can sell shares without waiting for a lock-up period—typically six months—to expire.

Heralded by some as the cure for the shortcomings of IPOs, there have been only 11 significant direct listings on US exchanges, with eyeware retailer Warby Parker Inc.’s September 2021 debut being one of the most recent. The most recent large listing was by cannabis company Bright Green Corp., whose shares surged as high as $58 in their Nasdaq debut in May and have since fallen to about 53 cents.

Traditional IPOs set a record last year with more than 1,000 companies raising almost $339 billion on US exchanges, according to data compiled by Bloomberg. So far this year, only 207 companies have raised a combined total of $24 billion, the data show.