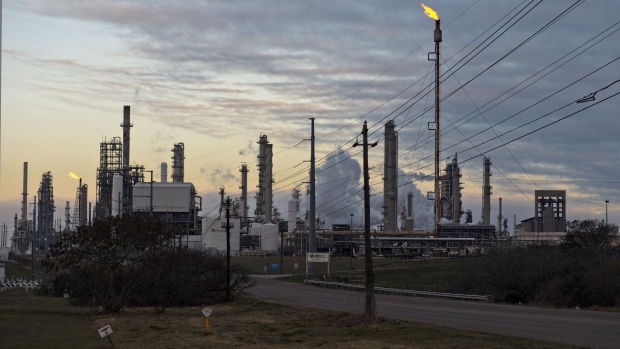 (Bloomberg) -- Natural gas won’t count as clean energy under a House Democratic plan that would eventually rid the electric grid of carbon and is part of the $3.5 trillion tax-and-spending package moving through Congress.

The proposal by a House panel would provide $150 billion to help spur electric providers to add more clean energy through a system of payments and penalties for electric suppliers.

The funding, included in the budget package and scheduled to be voted on by the House Energy and Commerce Committee next week, is designed to help meet the the White House’s signature climate goals of decarbonizing the electric grid by 2035. Republicans are expected to oppose the spending.

The legislation, which will eventually be incorporated into the Democrats’ massive budget measure also includes tens of billions of dollars in funding for electric vehicles, the power grid, and energy efficiency, among other items.

Under the plan, natural gas would be excluded because only electricity with a carbon intensity of less than than 0.10 metric tons of carbon dioxide equivalent per megawatt-hour will count, according to a summary provided by the committee. That drew praise from environmental groups who oppose the power source because of concerns about hydraulic fracturing, or fracking, and associated emissions of methane -- a powerful greenhouse gas.

“We’re grateful the House is moving to keep dirty gas from getting support under the Build Back Better Act,” said Jean Su, director of the Center for Biological Diversity’s Energy Justice program. “The Senate should follow suit on this bold step toward making our energy system truly renewable and ensuring a safe climate and vibrant future for our communities.”

Utilities that fail to increase their clean electricity percentage by at least 4% over the previous year will owe a payment to the Department of Energy, according to a committee fact sheet.

The bill, set to go before the panel Monday, will also include a fee on methane emissions imposed on the oil and gas industry, $13.5 billion for chargers and other electric vehicle infrastructure, $7 billion for Energy Department loans and grants for zero-emission transportation technologies and $5 billion in funding to make school buses, garbage trucks and other heavy duty vehicles emissions free, according to the summary.

Other highlights of the Democratic proposal include $9 billion in financing for electric grid improvements, $17.5 billion for decarbonizing federal buildings and vehicle fleets, $18 billion for home and appliance energy efficiency rebates, and $2.5 billion to fund solar projects in low-income communities.

“The investments we’re making in the Build Back Better Act are absolutely essential to addressing this growing threat and keeping our economy competitive as the rest of the world races to dominate the clean energy job market,” said Representative Frank Pallone, a New Jersey Democrat who chairs the committee. “I look forward to working closely with my colleagues to get these investments across the finish line and signed into law.”