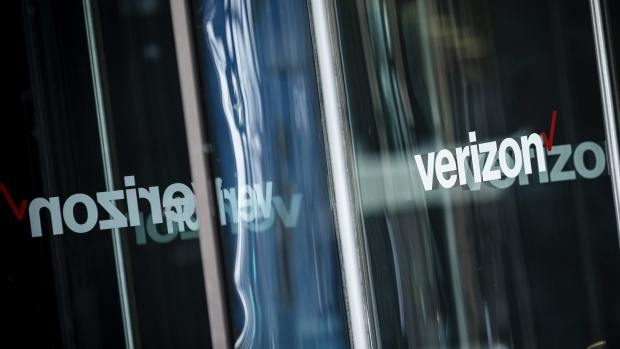 Signage is displayed on the doors of a Verizon Communications Inc. store in Chicago, Illinois, U.S., on Thursday, Jan. 24, 2019. Verizon is scheduled to release earnings figures on January 29. , Bloomberg

When the Green Bay Packers meet their conference rivals the Chicago Bears Thursday to open the pro football season, Verizon Communications Inc. (VZ:UN) Chief Executive Officer Hans Vestberg will be there, too, monitoring the kickoff of 5G wireless service.

Chicago’s Soldier Field is one of 13 stadiums that Verizon has outfitted with the world’s most advanced -- and hyped -- communications. Fans will be able to watch demos of multiangle instant replays and other features the service promises. While self-driving cars and remote robotic surgery are still beyond the horizon, the arrival of 5G on the gridiron could be an early proving ground for the costly, new technology.

“It’s the start of journey, and 5G is a big enabler,” Vestberg said in an interview. “We’re bringing new experiences to the seats, and we’ll see that this is how the fans will enjoy football in the future.”

The NFL and Verizon, the largest U.S. wireless carrier, are working together to create 5G-enhanced services for fans attending games. The exclusive collaboration was announced in March. No terms were disclosed.

“We’re always trying to improve the experience, not only on TV but in and around stadiums,” NFL Commissioner Roger Goodell said in an interview. With greater video capacity and less lag time, 5G will let fans inside and outside the stadium be engaged in games without having to rely on the scoreboard, Goodell said.

For most fans, demonstration areas at the stadiums will be the best place to view 5G services, Vestberg said. Few consumers have the new phones needed to exploit the faster data speeds, and current 4G models don’t have the necessary capabilities.

AT&T Inc., which is also building a new network for its wireless customers, is equipping the Dallas Cowboys’ AT&T Stadium with 5G.

The arrival of nationwide 5G networks is still a year or two away. In fact, many of the airwaves needed to support the next generation of wireless advances have yet to be licensed.

Verizon launched 5G service in April, in parts of Chicago and Minneapolis, and later waived a US$10 extra charge for the service. Verizon now has 5G available in parts of 10 cities and promises more than 30 cities by year-end.