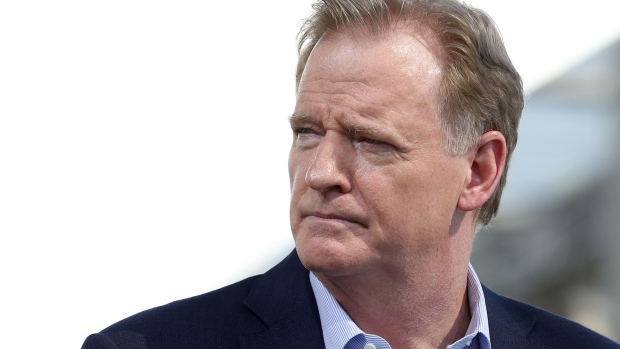 (Bloomberg Law) -- NFL Commissioner Roger Goodell supports legislation to limit the use of workplace nondisclosure agreements, he said during a US House Oversight Committee hearing Wednesday examining the alleged misconduct within the Washington Commanders football organization.

Committee Chair Carolyn Maloney (D-N.Y.) introduced the Accountability for Workplace Misconduct Act (H.R. 8146), a bill that would prevent employers from using non-disclosure agreements to restrict in any way a worker’s ability to report harassment, bias, or retaliation to watchdogs like federal agencies or Congress. She also introduced the Professional Images Protection Act (H.R. 8145), legislation which would limit how employers can use employee images.

National Football League chief Goodell told the committee Wednesday that he backs the legislation. However, he said he believes the NFL has held accountable Washington Commanders co-owner and co-CEO Dan Snyder for his alleged misconduct. Goodell said Snyder has faced “unprecedented discipline” following allegations of sexual harassment, abuse, and other examples of workplace misconduct within the Commanders organization. The league fined the club $10 million last year.

The beleaguered NFL has faced numerous recent allegations of workplace malfeasance, including a lawsuit filed by former Miami Dolphins head coach Brian Flores, along with two other Black coaches, alleging systemic hiring discrimination. A day before Goodell appeared before the House committee, the NFL requested a judge push those claims into arbitration, rather than allowing them to proceed in open court.

Flores’ lawsuit, brought in February, alleged the league’s mandate to interview minority candidates for certain management roles, known as the Rooney Rule, wasn’t properly utilized. The league expanded the Rooney Rule last month, adding quarterback coaches to the list of roles for which minority candidates must be interviewed. The requirement previously applied only to the roles of head coach, general manager, and coordinator.

“I strongly believe that those responsible for the culture of harassment and abuse at the Washington Commanders must be held accountable,” Maloney said in a written statement introducing the nondisclosure legislation. She said lawmakers must use their legislative powers to prevent others from experiencing similar harassment.

States—including California and Washington—have passed their own laws limiting nondisclosure agreements, and individual employers have freed their workers from the pacts to report harassment or discrimination.

Maloney announced during the hearing her intent to issue a subpoena to Snyder for a committee deposition. Snyder declined an invitation to testify before the committee Wednesday.

Maloney said in her opening statement that Snyder’s yacht is currently in France, located “near a resort town.”

His failure to appear before the committee “should tell you just how much respect he has for women in the workplace,” she said.

To contact the reporter on this story: Paige Smith in Washington at psmith@bloomberglaw.com