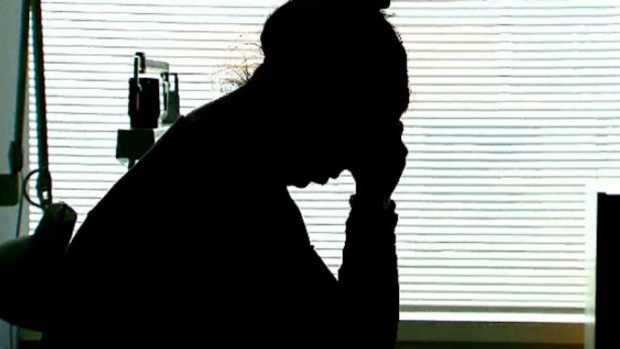 As soon as Christina Mychas began making money in her career, she increased her spending so that she could upgrade her lifestyle.

"I was basically a shopaholic for years," said the 34-year-old Toronto-based pharmacist and online content creator.

"I'd spend on luxury goods, trips, restaurants -- your typical Insta-worthy lifestyle that I couldn't really afford in reality. Underneath all that spending, I was constantly worried about money and living paycheque to paycheque."

With over $120,000 in student debt, Mychas realized her money habits needed an overhaul if she was going to get rid of financial stress and become debt-free. That's when she learned about "no buy" and "low buy" spending challenges that help people cut back on their purchases.

"No buy" challenges -- in which people cut down or eliminate spending on certain goods and services for a specific amount of time -- have been gaining in popularity, partially due to the ability to customize a challenge to fit one's circumstances.

"1/8 and 3/8 is basically a spending ban on an area you may have spent excessively before, or limiting the amount or frequency you spend there," she said. "Mine was makeup, food and clothing, so I took a detox for a few months. It definitely kickstarted my debt repayment journey and I was able to suddenly put down money I didn't even know I had on the debt. It was really motivating."

While a "no buy" approach was helpful in the short-term, it felt too much like a crash diet to be sustainable in the long run, Mychas said. Instead, she's now adopted the "low-buy" approach as part of her everyday lifestyle, which helped her to eventually become debt-free.

"You get to make the rules 1/8o n cutting spending or reducing consumption 3/8 with the goal of what less is to you, which can either be less stuff, less money spent, spending less time shopping or browsing, et cetera," she said. "Whatever you want less to be."

Similar to "no buy" or "low buy" challenges, Cindy Marques, certified financial planner and co-founder of MakeCents in Toronto, runs a "low spend" challenge with her clients.

"We often get caught up in mindless spending and overspending can very quickly spiral out of control. Even clients who I work with that have a very detailed cash flow plan tend to fall off when they lose inspiration or focus. Reframing the practice of conscious spending under the guise of a `challenge' is a good way to incentivize individuals to practice these mindful behaviours," Marques said.

She finds it can be a good opportunity for people to start questioning: What are my spending weaknesses? When do I tend to go off the rails? Why do I overspend?

One trick she recommends to help cut spending is to limit credit card usage. The first step is to delete any saved credit card information from browsers and online shopping accounts.

"We are all pretty inherently lazy and making it too easy to impulse shop online is a disaster waiting to happen," she said.

The same rules apply when shopping in person since credit cards make it easy to tap and go without remorse, Marques said.

"Using cash or debit makes the pain of spending more real. We see the dollars disappear from our hands as cash or from our actual bank account balance through debit," she added.

Mychas advises other young people to talk with friends about their financial goals or the changes they're trying to make.

"A good friend will not only be a great support system, but they can help hold you accountable and even come up with new ways to hang out that don't involve overspending," she said.

"I found when I started to talk about my debt and my money, more people were open to talking about theirs. It created a really motivating sense of community and I think most people are willing to help you reach your goal rather than ditch you because you are limiting your spending in some areas."