Exclusive: Hudson's Bay may close some of its namesake stores

Hudson’s Bay Company (HBC.TO) is exploring the possibility of closing some of its namesake department stores in Canada, according to a source familiar with the company’s plans. HBC is also actively looking to restructure some of its leases with store landlords.

HBC’s deliberations behind the scenes come as executive chairman Richard Baker leads a $1.74-billion bid to take the company private amid mounting pressure from shareholders to improve performance.

“There are no sacred cows,” according to the source, who did not want to be named and said a range of Bay stores are potential targets for restructured lease agreements.The source added that while HBC is exploring possibilities for its stores, there is no guarantee strategic changes will be made.

Hudson’s Bay, the oldest company in North America, continuously reviews its portfolio of stores and is said to have begun mulling its options before the privatization proposal.

“I wouldn’t be surprised if HBC has been having these conversations for a long time,” Craig Patterson, director of applied research at the University of Alberta School of Retailing, told BNN Bloomberg in a phone interview.

Still, in HBC’s most recent quarter, sales at Bay stores open at least a year declined 4.3 per cent, in part because of an attempt to attract former Sears Canada customers with lower priced products. 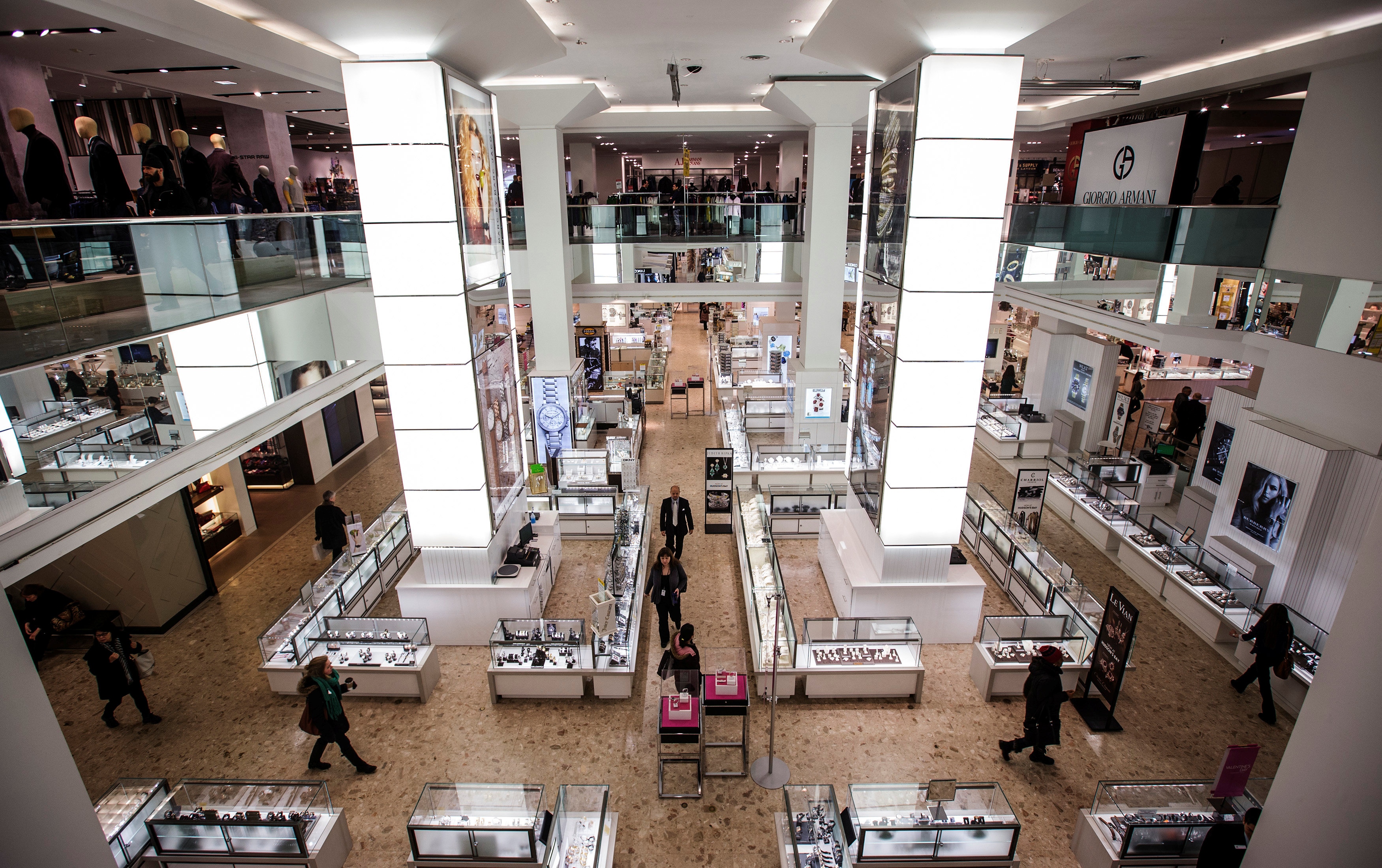 “This is a company that does not have a merchandising strategy,” former Sears Canada CEO Mark Cohen told BNN Bloomberg in a phone interview.

“HBC is dealing with ferocious competition from Walmart Canada and Canadian Tire,” according to Cohen. “HBC is seeking a path forward, without any regard for the Hudson’s Bay department stores.”

Foulkes made her own “no sacred cows” comment last year, shortly after taking over the retailer. Speaking to analysts in March 2018, she vowed to find ways to improve performance. Since then, HBC has announced a number of store closures, including a plan to shutter all of its 37 Home Outfitters locations across Canada.

“Hudson’s Bay is sitting on way too much real estate and it would make financial sense to close weaker performing Bay stores. It’s not just the cost of rent. It’s the cost of staff and the electricity to keep the lights on,” Patterson said.

HBC owns some of the roughly 90 Bay department stores it operates and leases the others. For example, it sold its flagship Hudson’s Bay location in Toronto to real estate giant Cadillac Fairview, a subsidiary of the Ontario Teachers’ Pension Plan, in 2014. The property has a 25-year lease, with an option to lease for another 50 years beyond that.

Some of HBC’s other real estate partners include RioCan, Oxford Properties, which is the real estate arm of the OMERS pension fund, and Ivanhoé Cambridge, which is owned by the Caisse de dépôt et placement du Québec.

“They’re going to try to negotiate lease terms wherever they can,” according to Cohen, who did not restructure leases while serving as Sears Canada’s CEO, but did engage in negotiations on lease renewals.

“At this time, HBC has no plans to close any Hudson’s Bay stores, Tiffany Bourré, a spokesperson for HBC, told BNN Bloomberg in an email.

It’s unclear how any of these developments would affect HBC employees. The company previously eliminated 2,000 jobs as part of a restructuring in 2017.

Speaking with analysts last month, Foulkes indicated HBC may boost staffing at top stores, but reduce the number of employees at lower volume stores by having fewer checkout locations. “Instead of having lots of cash desks around the stores, it's actually a better store experience for our customers to have one cash desk per store,” Foulkes said.

“[That] says to HBC’s employees in Canada that they are sitting in a leaky boat. And the chaos they witnessed from afar at Sears Canada could soon affect them,” Cohen said about Foulkes’ comment.

Amanda Lang: While HBC is public they still have a responsibility to shareholders

BNN Bloomberg’s Amanda Lang discusses the changes that are taking place at Hudson’s Bay Company and argues while the company is preparing to go private, they still have a duty to shareholders until the switch is official.

Given the landscape, some observers say HBC may tighten the screws on landlords representing certain lower traffic stores.

“Bigger market malls may not want to be flexible with existing leases. But in smaller markets, Bay stores are often the linchpin, so they’ll have an incentive to give HBC a break,” said one source familiar with HBC’s landlords who did not want to be named.

Craig Patterson, who has been studying the industry for nearly 30 years, says given the Bay’s underperformance, some real estate partners are already seeking a fresh start.

“While some landlords don’t want to lose an anchor tenant, others are looking to do different things with their properties, such as open up large restaurants, movie theatres and fitness centres,” he said.

If any Bay store locations in Canada’s big cities make their way onto the commercial real estate market, industry executives are expected to pay close attention.

“In major urban centres, there is a real opportunity,” Allied Properties REIT CEO Michael Emory told BNN Bloomberg in a phone interview. “If the upper floors were repurposed for office or residential space or residential properties, it would be consistent with what’s happening in the market. These could be fantastic and profitable office environment spaces, and demand for them would be high.”

Meanwhile, the source familiar with HBC’s plans told BNN Bloomberg the company has no plans for additional Hudson’s Bay-Saks Fifth Avenue adjacent stores. That strategy initially launched at HBC’s flagship Queen Street location in Toronto with much fanfare and had been considered for rollouts in other markets.

“Queen and Yonge Street was the wrong location to have a luxury store,” Patterson said. “They don’t even have valet parking.”