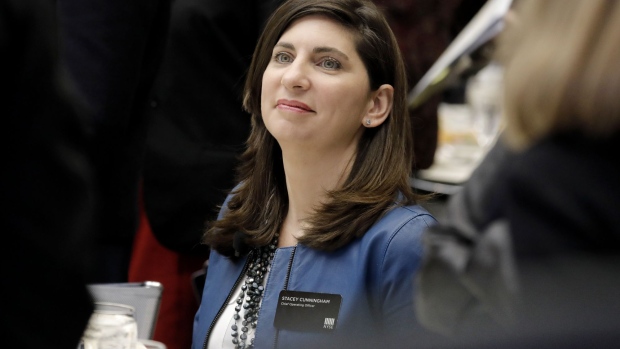 “September has been the busiest month of the New York Stock Exchange for IPOs in our history, and October is on track to look exactly the same,” NYSE President Stacey Cunningham said in a Bloomberg Television interview Wednesday.

Companies that have sought capital in private markets in recent years are finding it more attractive to tap public markets because it’s becoming a cheaper alternative, Cunningham said.

One driver has been the availability of more options for going public. Palantir Technologies Inc. and Asana Inc. are pursuing direct listings on Wednesday, making four major technology firms to use the model. The method has also made the cost of capital lower, though it’s not likely to replace traditional IPOs, Cunningham said.

Also soaring in popularity are special purpose acquisition companies, which use the money raised to pay for takeovers, helping many firms go public without a roadshow. The strategy also offers more control over the listing price, Cunningham said.

“This year has been challenging -- it changed the dynamic around the cost of capital in the private markets versus the public markets,” Cunningham said. “So we’re seeing a lot of companies looking to tap into the public markets as they’re uncertain about what the future might bring based on the pandemic, based on economic conditions.”