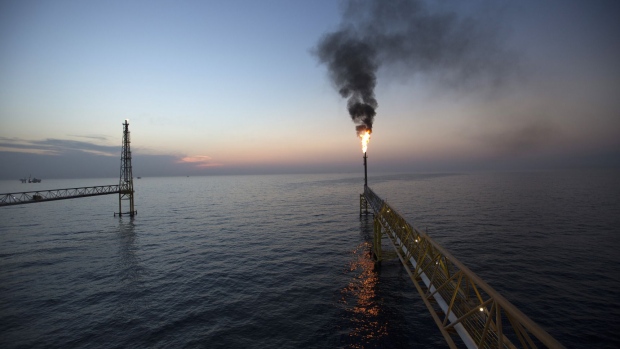 (Bloomberg) -- The top executives at America’s independent oil and gas producers say over and over again that their poor stock performance presents a buying opportunity. That hasn’t stopped them from dumping their own shares.

That’s the result of a Raymond James analysis of chief executive officers’ pay across U.S. explorers. Over the past five years, the typical CEO liquidated about $4 million worth of equity, based on the median of data assessed by Raymond James, and almost 60% were net sellers.

It’s a trend that makes it harder to buy CEOs’ oft-repeated message that their companies are undervalued. An index of independent explorers is down 27% in the last year, while the S&P 500 is up 2.6%.

Investors and analysts have been calling on companies to better align executive compensation plans with shareholder returns, rather than production growth. That’s generally happening, according to Raymond James analysts including John Freeman, but shareholders keep complaining that CEOs don’t have enough “skin in the game.”

The CEOs of about 80% of the companies in Raymond James’ coverage space hold less than 1% of outstanding shares, the report said.

Despite anomalies like Continental Resources Inc., of which CEO Harold Hamm owns a majority stake, “CEO ownership is clearly an area for improvement if the industry wishes to attract new investors to the space,” Raymond James said.

To contact the reporter on this story: Rachel Adams-Heard in Houston at radamsheard@bloomberg.net

To contact the editors responsible for this story: Simon Casey at scasey4@bloomberg.net, Christine Buurma, Joe Richter