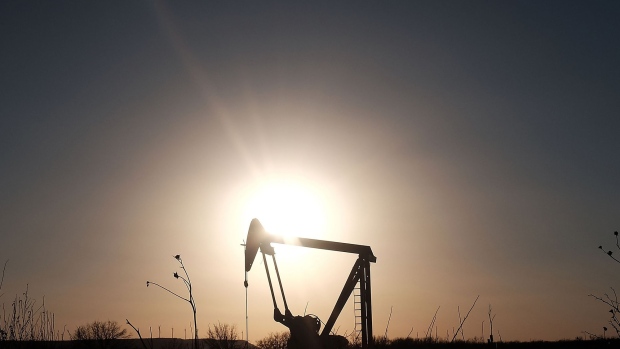 The epic collapse in oil prices spilled into the ETF market on Tuesday, with the biggest crude-tracking fund in the U.S. saying it was forced to suspend the sale of new shares.

Furious buying by retail investors trying to pick a bottom in crude, along with a rush by short-sellers making the opposite bet, sparked a surge in new share creation that swelled the ETF to its maximum allowed size.

USO, as the long-only exchange-traded fund is known, is asking the U.S. Securities and Exchange Commission for permission to register an additional 4 billion shares, USCF, which runs the ETF, said in a regulatory filing.

Until the new shares are cleared by the SEC for issuance, the oil ETF will not purchase more West Texas Intermediate oil futures, potentially adding to pressure on crude prices that have plunged after the coronavirus took a massive toll on global fuel demand.

USO was trading at US$2.965 at 10:48 a.m. in New York, down 21 per cent from Monday’s close and near its low for the day. June crude oil futures plunged 37 per cent, a day after May futures collapsed below zero for the first time ever.

Trading of USO shares on the NYSE Arca, Inc. will not be discontinued as a result of the suspension of sales of Creation Baskets, the company said in the filing.

Disconnecting
In effect, until the new shares are cleared, the oil ETF will have characteristics of a closed-end fund, with no easy way to keep its price aligned with the underlying commodity. Closed-end funds often trade as sizable discounts or premiums to the market value of their constituents since there’s no way to offset buying and selling demand in the secondary market by adjusting the supply of shares. USO closed at a premium of roughly 8.4 per cent to its net-asset value on Friday.

John Love, president of USCF LLC, did not immediately respond to request for comment.

The fund held 23.5 per cent of June West Texas Intermediate crude futures contracts on the New York Mercantile Exchange as of Monday. It also holds some July contracts, a change it implemented earlier this month.

Normally, specialized traders known as authorized participants will sell shares of the rallying ETF and purchase the underlying securities to pocket a virtually risk-free profit. That process usually keeps the ETF’s price in lockstep with the fund’s net asset value. However, with the authorized participants no longer able to create shares, that arbitrage trade has been disrupted.

Since demand for the oil ETF has been running incredibly high, the secondary market is likely to create upward price pressure on its stock. At the same time, with no new shares being created, market makers have less incentive to purchase oil futures to exchange with the fund. The elimination of those buyers could put downward pressure on the underlying commodity, offsetting some of the upward pressure on the stock.

“The ETF will trade a larger premium versus its net-asset value and potentially cause a short squeeze in the short-term,” said Mohit Bajaj, director of ETFs for WallachBeth Capital. The authorized participants “can’t buy the ETF shares at NAV,” he said. “There is no way to source shares now. You have to buy it in the open market, causing the price to ramp up higher more than what its potentially worth.”

Investors looking to bet against the ETF may explain some of the demand for new shares, according to JonesTrading’s Dave Lutz. In the “create-to-lend” process, new shares of an ETF are generated in order for traders to borrow and sell short.

With the halt of new share creations, USO is likely to become further unmoored from its net-asset value, Lutz said.

“The ETF should completely disconnect from fundamentals and could cause a hell of a short squeeze,” he wrote in a note Tuesday.

Other funds are feeling the stress as well. Horizons ETF Management said on Tuesday that it will not accept new subscriptions for shares of its BetaPetro Crude Oil 2x Daily Bull ETF or its twice-leveraged daily bear ETF, while redemptions will continue to be accepted.

Meanwhile, Barclays Bank Plc said late Monday it will suspend further sales and issuance of its iPath Series B S&P GSCI Crude Oil Total Return Index ETNs immediately and exercise its issuer call option and redeem in full at the end of the month.