Oil prices rose more than 1 per cent on Friday, a partial rebound from the previous day's steep slide that came when an OPEC-led decision to extend production curbs did not go as far as some investors had hoped.

On Thursday, crude prices tumbled 5 percent after the decision. Some market participants had priced in more aggressive output cuts from the Organization of the Petroleum Exporting Countries and other producers.

"I think it was kind of a knee jerk reaction, I don't think it was anything meaningful," said Antoine Halff, Director of the Global Oil Program at Columbia University.

On Thursday in Vienna OPEC and key producers pledged to extend a cut of around 1.8 million barrels per day (bpd) of output until the end of the first quarter of 2018.

Producers have expressed confidence that this plan will bring down crude oil stocks to their five-year average of 2.7 billion barrels.

"We're starting the beginning of the summer driving season, there's a lot of hopes that are tied to an inventory draw from Memorial day to Labor day," he said.

Yet he said the wild card for the oil market has been the growth in U.S. crude production, particularly from shale.

U.S. oil production has risen by 10 per cent since mid-2016 to over 9.3 million bpd, close to the output of top producers Russia and Saudi Arabia.

With U.S. output rising steadily and fears that OPEC and its allies could raise production in 2018 to regain lost market share, many traders, including Goldman Sachs, already expect another price slump.

Other assessments pointed to the possibility of output cuts being extended into 2019 in order to bring down both crude oil and refined product stocks.

Russia's Energy Minister said on Friday that a OPEC and non-OPEC committee could discuss possible adjustments to the agreement when it meets. The group convenes every two months. 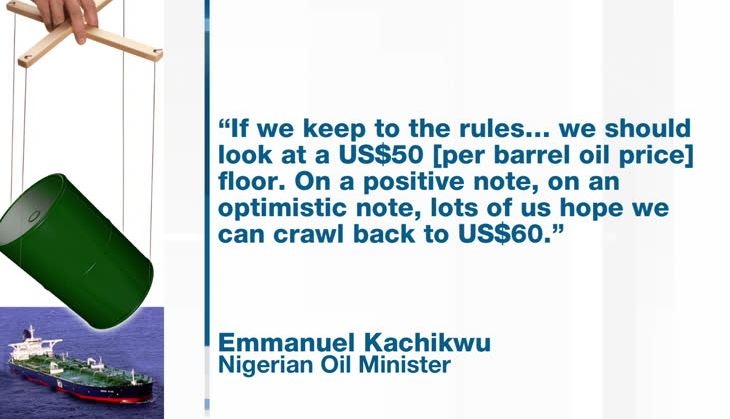