Oil eked out a gain with OPEC and its allies expecting a tighter global oil market in the fourth quarter.

Futures in New York closed higher by 0.2 per cent on Thursday, erasing earlier losses. World oil inventories will decline by an average of 1.1 million barrels a day in the fourth quarter, according to a person familiar with preliminary figures evaluated by the OPEC+ Joint Technical Committee. That compares with a forecast reduction of 670,000 barrels a day. Fuel demand will be slightly higher and supply from outside OPEC+ a little lower than previously anticipated, the data show. 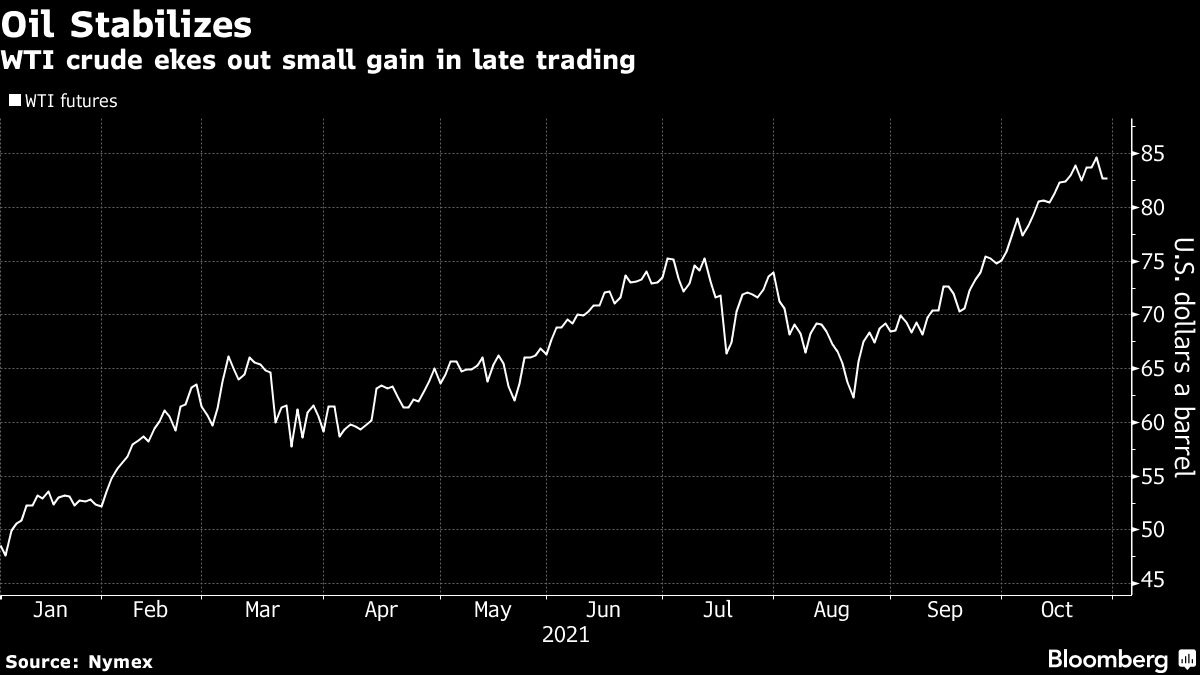 Crude has eased off of multiyear highs in recent days yet still remains elevated. European natural gas prices dropped after President Vladamir Putin signaled that Russia will send extra gas to the continent next month. Plus, Iran and the European Union agreed to restart negotiations on a revival of the 2015 nuclear accord, signaling a greater prospect of Iranian barrels coming back to the market.

Still, by the end of the year, stockpiles in developed economies will stand 158 million barrels below average, a bigger deficit than the 106 million projected a month ago, the figures evaluated by the OPEC+ Joint Technical Committee show. The committee will report to OPEC+ ministers, who meet on Nov. 4, to consider another production increase.

The group has found itself increasingly under pressure from governments worldwide to further boost supply. Earlier this month, Nigeria and joined Saudi Arabia said that the group must resist pressure to raise oil production faster until the coronavirus pandemic abates. Traders believe the cartel will stay the course, in fear of making the same mistakes of overproduction in March of 2020.

“How much political pressure they can bear is another question,” said Rebecca Babin, senior energy trader at CIBC Private Wealth Management.

Meanwhile, the U.S. is pushing for higher production as oil prices remain elevated. U.S. Senior Advisor for Global Energy Security Amos Hochstein said the global economy is facing an energy crisis at the IEF Special Gas Market Dialogue. This comes as the White House has attempted to pressure OPEC+ to increase output as demand for crude rebounds due to the global economic recovery and gasoline prices increase.

“We found ourselves in an energy crisis,” Hochstein said. “Producers should ensure that global oil markets and gas markets are balanced.”

Inventories at Cushing have been draining as oil prices for immediate delivery are well above those for delivery in the future, making storing oil unprofitable. On Wednesday, a U.S. government report showed Cushing crude stockpiles declined by the most since January last week.