Oil will struggle even after OPEC+ cuts: Jason Schenker

West Texas Intermediate futures settled close to US$93 a barrel on Friday after rallying more than 16 per cent for the week. Time spreads had been signaling supply scarcity even before the OPEC+ alliance announced its biggest output cut since the start of the pandemic. The move accelerated oil’s rally despite crashing equities, a rising dollar, and a U.S. jobs report that reignited concerns about rising interest rates.

“Supply fears seem to be the driving force behind the market action this week, putting demand fears back on the back burner for petroleum prices, even though they remain front and center in equity markets,” analysts at wholesale-fuel distributor TACenergy wrote in a note to clients. 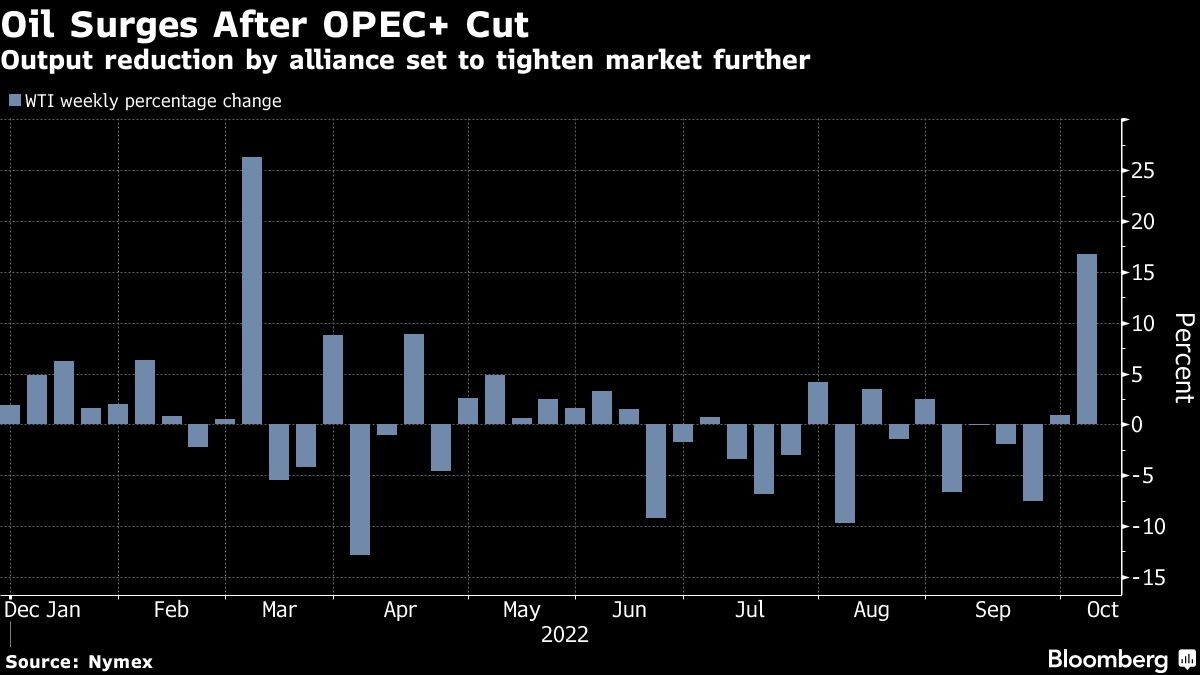 This week’s price surge marks a stark reversal for oil, which last week posted its worst quarter since 2020. The cuts by OPEC+ leave the market vulnerable ahead of impending European sanctions on Russian crude and the likely return of Chinese demand at year-end. Russia also reiterated this week that it won’t sell oil to countries that adopt a U.S.-led price cap, adding to supply uncertainty.

Aside from the rally in crude, diesel has been another pillar of oil-market strength this week as traders brace for scarcity in the coming winter. Prices in Europe and the U.S. are surging.