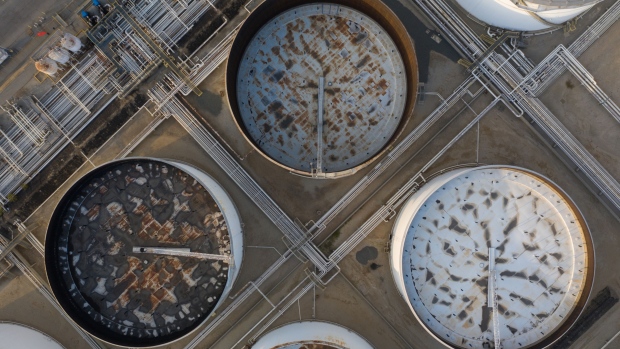 Oil posted a gain this week as expectations for growing economic activity in nations from the U.S. to Europe fueled optimism around stronger summer demand.

Futures in New York advanced 2.1 per cent this week in the first back-to-back weekly increase since early March. Fuel sales in the U.K. rose to the highest since the pandemic again, and in the U.S., refineries are running at their highest rate since the pandemic began as they gear up for the summer driving season.

“Traveling by air here in the U.S. and driving -- we expect to continue to see upward strength in the days and weeks ahead,” said Tariq Zahir, managing member of the global macro program at Tyche Capital Advisors LLC. Declining crude inventories and progress in reopenings in the U.S. are boosting oil prices, he said. 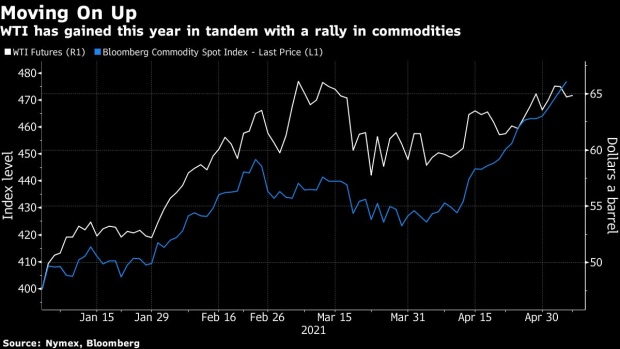 Crude’s advance this week comes amid strength in the broader commodities sector. The head of UBS Commodities said this week in a Bloomberg Television interview that he expects commodities to rally further, in part due to supply discipline from the Organization of Petroleum Exporting Countries and its allies. While the group is gradually restoring some output, they’re confident the market can absorb the extra production.

“The strong recovery of demand in the second half of the year, coupled with continued good production discipline on the part of OPEC+, is likely to tighten supply considerably and lend support to oil prices,” said Eugen Weinberg, head of commodities research at Commerzbank AG.

The disappointing jobs report this week supports a weaker dollar in the short term, which will add fuel to the commodity rally, said Ed Moya, senior market analyst at Oanda Corp.

With crude prices gaining this week, trading of oil options that could profit from a move up toward US$90 and US$100 a barrel has surged. The equivalent of more than 30 million barrels of US$100 calls have changed hands so far this week.

However, there are still lingering concerns around the spreading coronavirus in India, the third-largest oil importer. While a model prepared by advisers to Prime Minister Narendra Modi suggests the outbreak could peak in the coming days, the group’s projections have been changing and were wrong last month.

“Despite all the optimism we’re seeing in Europe and in the U.S., you’re going to see prices remain steady,” said Moya. “Eventually, it’ll take off once the demand outlook improves across most of Asia.”

--With assistance from Alex Longley and Saket Sundria.