Justin Trudeau is offering tax breaks to business instead of cutting Canada’s deficit, as his Liberal government uses a revenue windfall to keep pace with U.S. tax reform.

The changes -- which allow businesses to write-off capital investments more quickly, particularly in manufacturing -- are aimed at responding to widespread warnings on competitiveness, which grew louder after President Donald Trump’s tax reform.

“This incentive will encourage more businesses to invest in assets that will help drive business growth over the long term,’’ Morneau said, according to prepared remarks. “Because our economy is doing well, we also have the fiscal room to follow through on the commitments we made.’’

The finance minister, however, opted for across-the-board measures rather any targeted support for Alberta’s oil sector, which is grappling with near-record-low prices for its heavy crude and a supply glut. 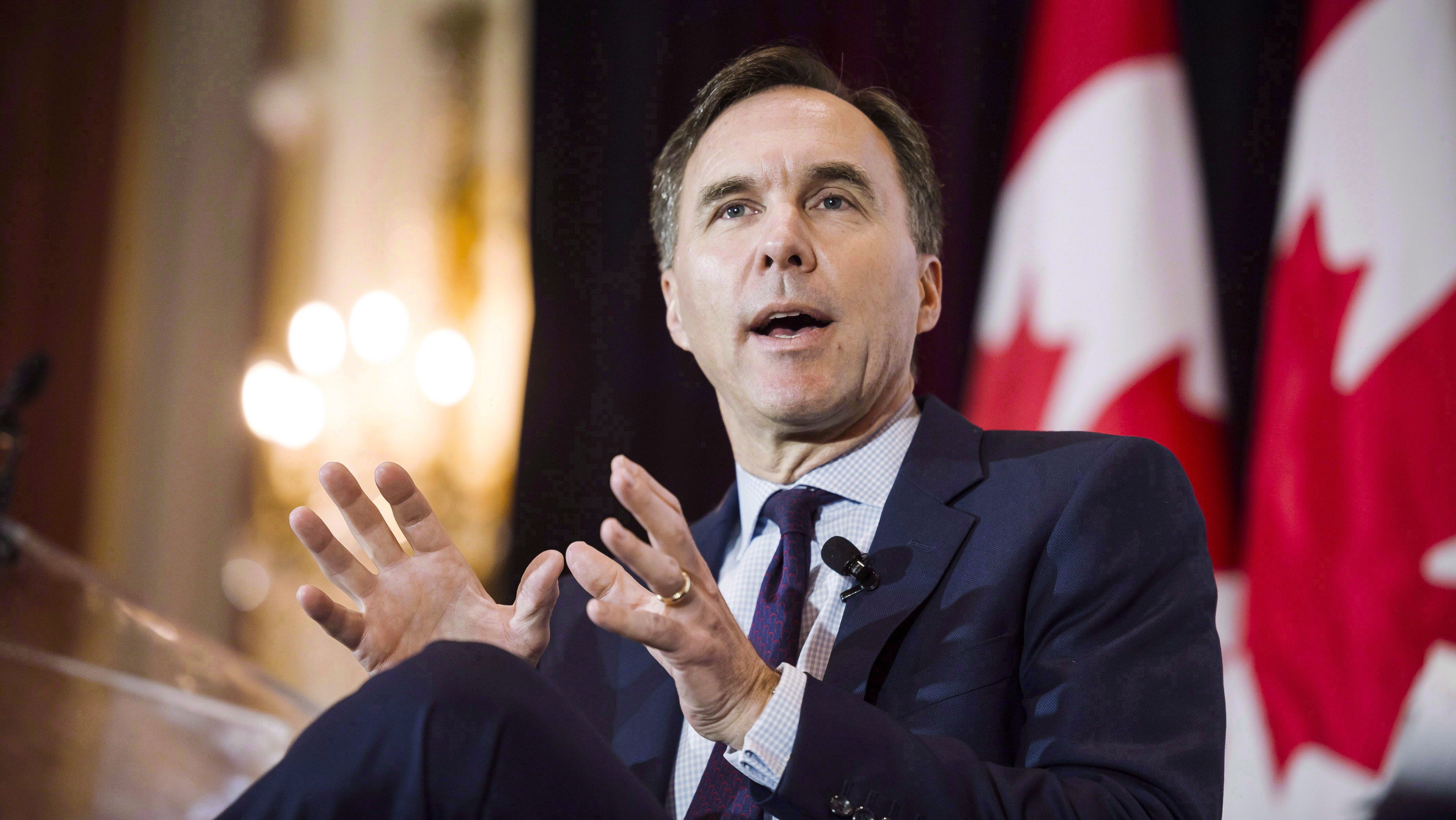 Government revenues are rising, but so too is the deficit, which will total $83.5 billion over five years, up from $78.3 billion forecast previously. The Liberals however resisted calls for a cut to the corporate income tax rate.

Matching U.S. tax cuts entirely would have added “tens of billions in new debt,’’ while doing nothing would “be neither a rational response, nor a responsible one,’’ even if it trimmed the deficit, Morneau said.

Canada’s economy is growing faster than its deficits, though there is no target date for a return to balance.

The business investment incentives are not indefinite, and kick in for purchases acquired beginning Wednesday. The foregone tax revenue is concentrated up-front -- $4.9 billion in the fiscal year that begins April next year, and $3.8 billion the year after.

Total program expenses will be 14.4 per cent of GDP in the current fiscal year, up from 14 per cent forecast in February. Total revenue is up $27.3 billion over five years, beginning in the current fiscal year, from the previous forecast. That figure includes $16.1 billion over four years in carbon tax revenue that will be sent back to people and provinces.

Craig Alexander, partner and chief economist at Deloitte, joins BNN Bloomberg and a special panel of guests for his instant reaction on the federal fall economic update.

A tariff fight with the U.S. is also costing Canada money. It imposed retaliatory tariffs in July on U.S. imports, responding to U.S. tariffs on Canadian steel and aluminum, but the revenues so far pale in comparison to aid to Canada’s metals sector. Canada has collected $597 million from its counter-tariffs, between July 1 and Nov. 1, but so far announced $2.4 billion in support for affected sectors.

The update also contained fresh details on the government’s purchase of the Trans Mountain oil pipeline. It has not yet budgeted for construction costs from the pipeline expansion project; the existing pipelines has so far earned $70 million before interest, taxes, depreciation and amortization, or an annual pace of $200 million.

The fiscal update tees up next year’s annual budget, which will be a de facto election platform for Trudeau’s Liberal Party -- Canada’s next federal election is scheduled for late 2019.