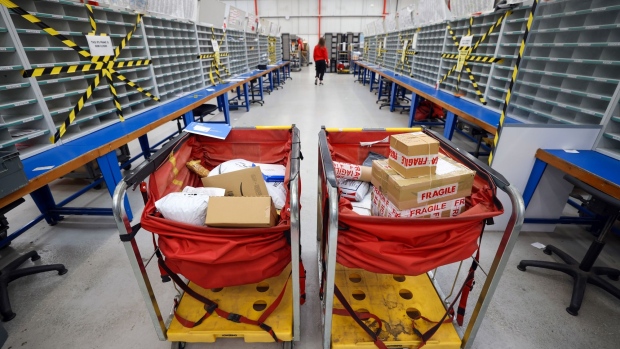 (Bloomberg) -- A union representing postal workers in the UK said that more than 115,000 Royal Mail Plc employees plan to strike for four days in August and September after failing to reach a deal on wages.

Staff represented by the Communication Workers Union will strike on Aug. 24 and 25, as well as Sept. 8, the CWU said in a statement Tuesday.

The CWU said July 19 that members at Royal Mail had backed industrial action by the widest margin since labor laws were overhauled in 2016, without setting strike dates.

The decision follows Royal Mail management imposing a 2% pay increase when inflation is forecast to exceed 13% later this year. The walkout stands to be the largest by British workers in a summer already marked by a plethora of industrial disputes.

(Union corrects dates of its planned strikes in second paragraph)