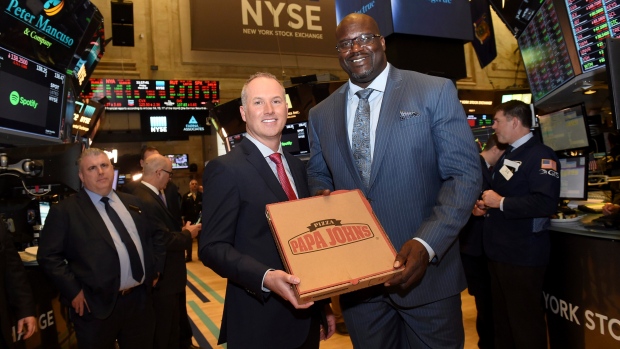 Comparable sales in North America fell 6.9 per cent last quarter, beating projections for a 7.3-per-cent fall and slowing the recent pace of declines. The results are the first under new chairman Jeffrey Smith.

Since February, activist shareholder Starboard Value has invested US$250 million in Papa John’s and named Smith, Starboard’s chief executive officer, as chairman of the pizza maker. 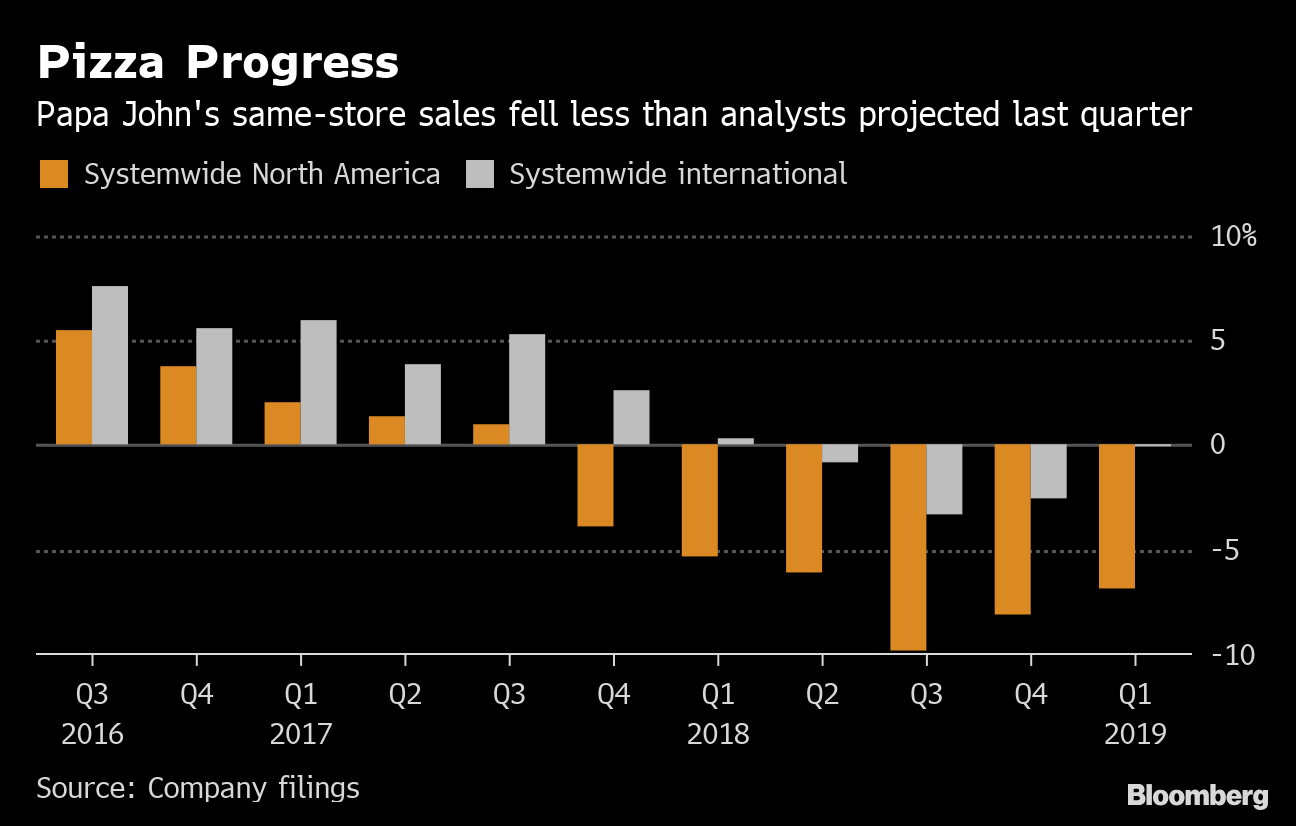 The results signal that Papa John’s is moving past the controversy over founder John Schnatter, who used a racial slur on a conference call last year, taking a toll on the company’s value and reputation. Still, the incident isn’t totally behind the company, which disclosed US$4.9 million in short-term royalty reductions in the quarter to help keep struggling franchises afloat.

Separately, the company said Tuesday in an amended annual filing that it found some “material weaknesses’’ in its internal financial reporting controls — but that it won’t have to restate earnings as a result.

The shares jumped as much as 8.4 per cent in late trading Tuesday. They have gained 29 per cent so far this year, recouping last year’s 29 per cent loss.