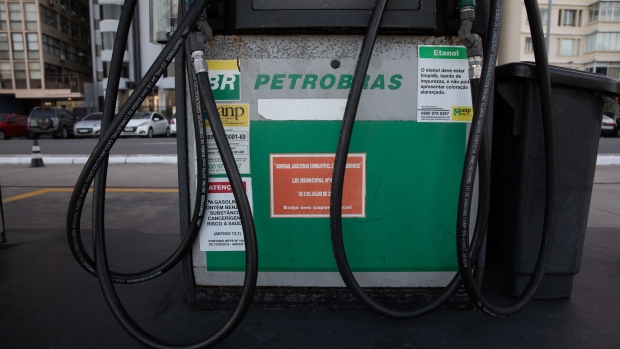 (Bloomberg) -- Petroleo Brasileiro SA reduced diesel prices for the second time in a week as President Jair Bolsonaro tries to ease the sting of inflation ahead of elections.

The state-run company cut its price to distributors by 0.22 reais a liter (4 cents), to 5.19 reais, it said in a statement. The reduction is effective Friday and followed a decline in international benchmark prices, it said. Petrobras announced the first diesel-price reduction in more than a year last Thursday.

The oil producer is at the center of a political maelstrom as voters blame Bolsonaro for costly fuel prices. Consumers around the world have experienced record diesel and gasoline prices as oil rose to triple digits this year. In an an effort to tame inflation, Bolsonaro imposed caps on electricity and gasoline taxes, which sent Brazil’s consumers prices tumbling by the most on record in July.

The state-owned company started a sequence of reductions under new CEO Caio Paes de Andrade, who took the helm in late June. Bolsonaro has fired three of his predecessors for tracking international fuel price levels.

Bolsonaro praised the diesel price cut on social media, tweeting Brazil is “among the countries with the lowest average fuel price in the world.” Petrobras’s diesel price is 11% above benchmark Gulf Coast diesel, while gasoline prices are 8% below, Goldman Sachs analysts led by Bruno Amorim wrote in a note to clients.