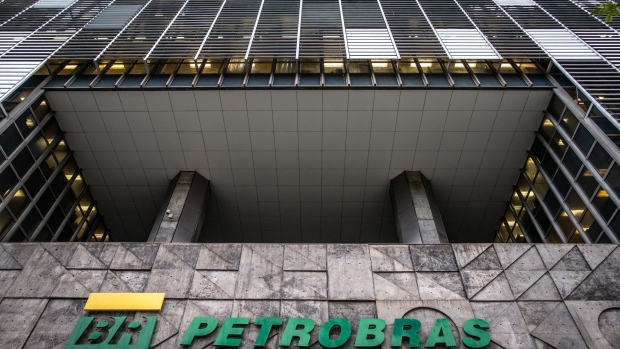 (Bloomberg) -- A sell-off in Brazil’s state-controlled oil firm Petroleo Brasileiro SA is likely to deepen on Monday after a group of analysts downgraded the stock within 24 hours, following the government’s decision to replace the company’s chief executive officer.

Bradesco BBI, BTG Pactual, Credit Suisse, JPMorgan, Santander, Scotiabank and XP Investimentos cut their ratings on the shares after Brazilian President Jair Bolsonaro on Friday decided to fire the oil company’s CEO following a spat over hikes in fuel prices and moved to appoint Joaquim Silva e Luna, a former army general, as a replacement. Company’s board still needs to confirm the decision.

Shares in Petrobras’ sold off on Friday, erasing 28.2 billion reais ($5.2 billion) in market cap. The company’s American Depositary Receipts were down 15% premarket Monday in New York.

Investors are concerned the hasty appointment of a new CEO may signal a potential shift away from market-friendly policies. The oil company’s discount to global peers is expected to widen and the sale of its refineries could also face delays as a result, hindering deleveraging plans, analysts said.

“Fundamentals are unlikely to be the main driver of the stock in the near term,” Morgan Stanley analysts led by Bruno Montanari wrote in a report dated Feb. 21, moving the stock to not-rated from overweight. “We will have to weigh the role of a much increased risk perception in the sector, the country, and PBR specifically.”