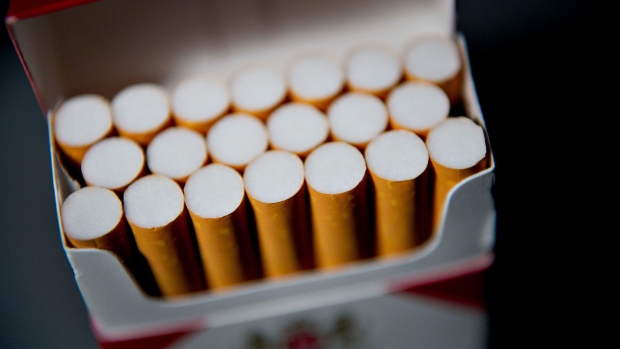 A pack of Philip Morris International Inc. Marlboro cigarettes is displayed for a photograph in Tiskilwa, Illinois, U.S., on Tuesday, April 17, 2012. , Bloomberg

(Bloomberg) -- Philip Morris International Inc.’s contentious $1.4 billion acquisition of Vectura Group Plc is set to go ahead after the tobacco giant obtained control of most of the U.K. asthma drug maker’s shares.

Despite concerns raised from a range of health charities, Philip Morris has taken control of 74.8% of Vectura’s shares and its offer is now unconditional, the company said in a statement Thursday.

The Marlboro maker is within a whisker of the 75% target required to take Vectura private and delist it from the London Stock Exchange. It has also extended the offer to Sept. 30 for remaining investors to tender their shares. If it hits 90% acceptances, Philip Morris can then “squeeze out” or force any remaining shareholders to sell their stock and gain total control.

It marks a successful completion of a fraught pursuit of Vectura during the summer by Philip Morris. The tobacco giant outbid U.S. private equity rival Carlyle despite concerns voiced by scientific organizations and health charities that questioned the ethics and negative consequences of a tobacco company owning a maker of treatments for illnesses caused or exacerbated by smoking.

Philip Morris’s acquisition of Vectura is part of a wider strategy to replace traditional cigarettes with less harmful alternatives and grow a business that’s focused on products not linked to nicotine, such as inhaled therapies. The expertise Vectura can provide will accelerate the development of such new products that can be used in the medical field.

The acquisition comes after Philip Morris bought Fertin Pharma, a maker of nicotine chewing gum and oral drugs for pain, and OtiTopic, a U.S. respiratory drug developer with an inhalable aspirin treatment for heart attacks in late-stage trials.

Vectura’s board last month said that wider stakeholders could benefit from Philip Morris’s financial resources, its intention to increase research and development spending, and its plan to operate the drugmaker as an autonomous unit that will form the backbone of its inhaled therapeutics business.