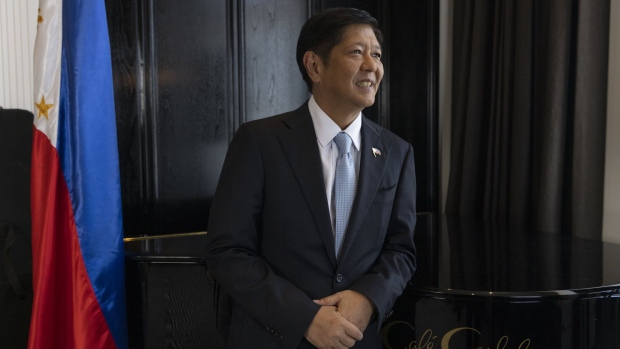 Ferdinand Marcos Jr., Philippines' president, in New York, US, on Friday, Sept. 23, 2022. Marcos has pledged to strengthen political and economic ties with the US, in contrast with his predecessor Duterte, saying that his nation looks to the US whenever in crisis. , Bloomberg

(Bloomberg) -- Philippine President Ferdinand Marcos Jr. secured $4 billion in investment pledges from his US visit, lower than the commitments he got from recent trips to Southeast Asian neighbors.

The investment pledges cover the key information technology and business process sector, as well as data centers and manufacturing, according to a release posted on the Office of the President’s website Thursday. The pledges are expected to generate more than 112,000 jobs, it added.

Marcos’s US trip yielded fewer investment pledges compared to his visit to Indonesia earlier this month where he got $8.5 billion worth of commitments, and to Singapore where he secured $6.5 billion. The figure from the US trip does not “reflect the full potential of future investments” as some companies are still firming up plans, his office said in the release.

The Philippine leader was in the US last week where he spoke at the United Nations General Assembly, and met with President Joe Biden. He touted the Philippines as a “vibrant economy,” and also met with officials of US-based companies NuScale Power, WasteFuel and Boeing Co.