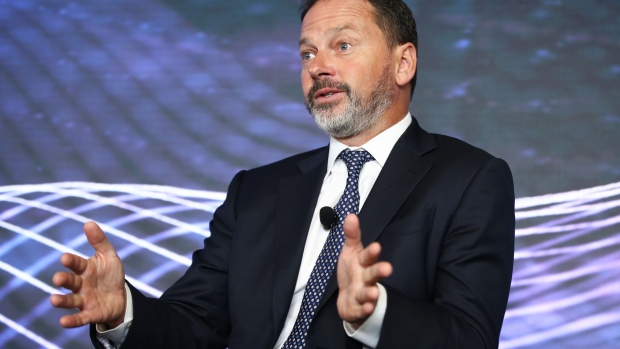 ​One of the biggest risks in 2021 is betting that vaccines will bring a quick end to the coronavirus pandemic, according to Pacific Investment Management Co.

With growth-linked assets at or near records, “the biggest risk is probably the market prematurely pricing the end of the pandemic,” said Robert Mead, Pimco’s co-head of Asia-Pacific portfolio management. “It’s easy for markets to get a little too optimistic.”

Mead is also sanguine about the chances of a breakout in inflation and interest-rate risks, while remaining broadly upbeat about the prospects for growth across developed and emerging economies this year. The money manager expresses his view through bets on steeper yield curves in Australia and the U.S. -- though his positions are less aggressive than they were last year.

Mead’s strategy is based on the premise that although economies are seeing some pick up in prices, inflation targets remain stubbornly out of reach and major central banks are unlikely to raise borrowing costs for at least three to four years. His views are in contrast to the vibe in markets this week, with bond traders seeing the strongest inflation outlook in years and warnings from BlackRock Inc. and JPMorgan Asset Management on resurgent price risks.

“Inflation is something to think about but we’re not concerned about it in the 12-month horizon,” said Sydney-based Mead. “It’s not as though we think yield curves can reprice significantly because you do have central banks observing and wary of a complete shift in the borrowing cost across the whole economy.”

Steven Major, global head of fixed income research at HSBC Holdings Plc and a renowned bond bull, isn’t buying into the reflation narrative just yet either. In a note to clients Wednesday, he said the bank was sticking with its year-end bond yield forecasts -- 0.75 per cent for 10-year Treasuries -- and was “looking beyond” recent developments in markets. He added it was surprising the market now expected inflation to reach the European Central Bank’s goal of close to 2 per cent.

“We believe that yields are overshooting to the upside,” Major wrote. “Granted, there has been an increase in inflation uncertainty but it seems odd that the market has repriced for the ECB to hit its inflation target, at a time when the amount of economic slack argues for the maintenance of policy accommodation.”

Pimco has trimmed its overweight positions in inflation-linked instruments, with breakeven rates having bounced back from last year “when the market had assumed that inflation would never come back,” Mead said. “They’re not as compelling an investment now as they were,” he said.

The 10-year U.S. breakeven rate -- a market-based measure of average inflation rates over the next decade -- broke above 2 per cent this year on optimism over vaccine rollouts and a recovery in growth, bouncing back from around 0.5 per cent in March. Ten-year Treasury yields are hovering at around 1.16 per cent.

But these expectations aren’t reflected in economic data on the ground right now, and some policymakers have indicated they may let inflation run hot for a while before acting.

Here are more of Mead’s views on the subject:

“A number of central banks have been a little more explicit around allowing inflation to get back to their targets before they would do anything.

The way we would express that in a portfolio position would be through thinking about yield curve shape rather than large positions to be overweight or underweight interest-rate risk.

Everything that we’ve said is also supportive of emerging-market assets.

The Fed positioning, what we’re seeing in capital flows, the fundamental improvement, the eventual vaccine roll-out -- all of those things may be delayed in some emerging economies and much more rapid in others, which again as active managers gives us opportunities.”

Mead likes them as part of a roll-down strategy.

The firm can buy the securities at a higher yield and hold them until they have rolled down to the three-year mark, which is where the Reserve Bank of Australia keeps bond yields pinned as part of its yield curve control program.

The money manager favors them even though much of the sector’s spreads to government bonds have narrowed to historically tight levels.

The sector’s attractiveness comes in part because of ultra-low cash rates. In stark contrast to 2008 when Australia’s interest rate sat at 7.25 per cent, borrowing costs are now at a record-low 0.10 per cent.

This means asset managers can no longer afford to be “lazy” and leave their cash sitting idle, while spread products still present some opportunities, he said.

“The opportunity cost of doing nothing is so high,” said Mead. “It means that we’re looking at every little opportunity that materializes and trying to take advantage of that for clients.”

--With assistance from John Ainger.