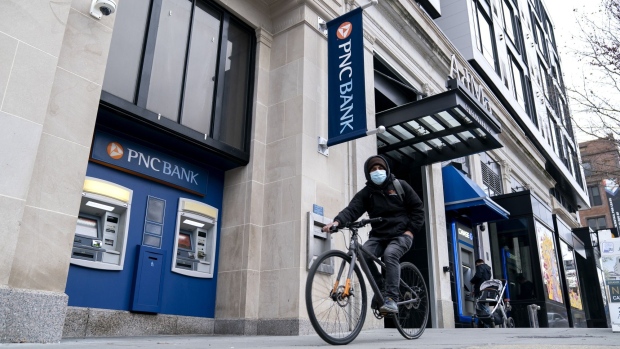 The goal of the Howard University and PNC National Center for Entrepreneurship will be to provide Black business owners with education and resources to help them grow their businesses, according to a statement. The initiative is also meant to help them network with other business owners and chambers of commerce.

“This is a huge investment by PNC and it’s going to have a tremendous impact to address Black wealth and Black businesses,” Anthony Wilbon, dean of Howard’s business school, said in an interview.

Pittsburgh-based PNC is among U.S. lenders that have pledged to help address inequality in the wake of a worldwide racial-equality movement following the murder of George Floyd. While the financial sector has promised billions toward that effort, recruitment from historically Black colleges and universities has progressed more slowly.

Howard will work alongside other historically Black colleges, allowing the center to have a nationwide reach, according to the statement. Morgan State University, Clark Atlanta University and Texas Southern University will serve as regional partners alongside Howard, whose campus is in Washington, D.C.

“We are just excited about partnering with Howard University,” PNC’s chief corporate responsibility officer, Richard Bynum said in an interview. “The strength of their brand in the HBCU community is second to none.”