GM standing by plan to shutter Canadian plant 'not a surprise'

One of Oshawa’s most prominent sons is bullish on the small Canadian city’s chances of surviving the shutdown of its General Motors Co. (GM.N) plant.

In 2016, Bank of Canada Governor Stephen Poloz was inducted into the walk of fame of his hometown, saying he grew up on the “front line of the real economy.” On Wednesday, however, he said sectors like automotive manufacturing don’t make up the same share of the national economy as they once did.

Oshawa is all too aware. The U.S. auto giant announced in November that it intends to cease production at its iconic plant east of Toronto at the end of this year. Auto workers, who were shocked by the news, protested GM’s plan by staging sit-ins this week, and industry analysts have warned that other factories could follow.

“Being from Oshawa, I regret that very much,” Poloz said at a press conference in Ottawa after holding interest rates steady for a second straight time. “When I was young in Oshawa, there were 10 times as many people working there -- 75 per cent of my high school class went to work in General Motors. It was a really important part of the town.”

Auto manufacturing has since declined in the city and will eventually go to zero, the central banker said. “And yet Oshawa has grown and people live there and they all have jobs. So, this is what happens in economies, and that’s the thing you have to admire -- that Schumpeter’s creative destruction thing is true.”

Much of the Canadian economy is growing at capacity and struggling to find workers, Poloz said, despite the high-profile struggles of sectors like automotive manufacturing. Governments will offer retraining to affected workers, he said.

“The economy will always have the stresses of some form of some things declining,” he said. “In the end, I’m confident that we’re going to be okay through all this, and that the key for folks, for example, in Oshawa is to focus on: How do we adjust?”

While GM is shutting its Oshawa plant, it’s not leaving Canada entirely. The company announced in 2016 that it would hire more engineers in the country as part of a push into self-driving cars.

Retraining, and finding new jobs for workers, “makes me feel optimistic that we’re going to manage these adjustments reasonably well.” 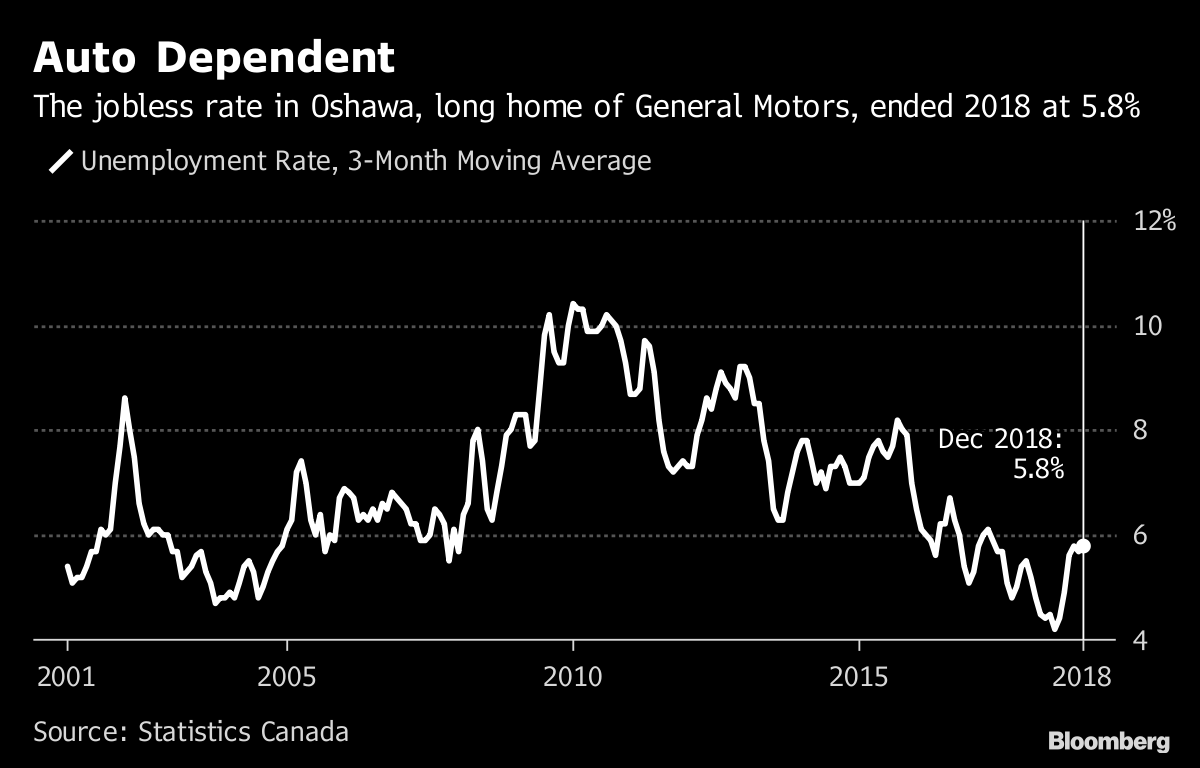