Bank of Canada likely to undershoot inflation target for the year: Scotiabank's House

Bank of Canada Governor Stephen Poloz said he believes monetary policy conditions are “about right” in the country right now, though officials are monitoring closely whether global trade tensions spill over further into the broader economy.

Poloz, speaking during an onstage interview in Toronto, said the economy is doing well overall, driven by housing and services, while inflation is on target. Monetary conditions have eased meanwhile as other central banks lower interest rates. He said Canadian monetary policy right now remains stimulative.

“We think we’ve got monetary conditions about right given the situation,” Poloz said.

The Canadian dollar strengthened against the greenback and rose to a session high Thursday after Poloz’s comments. The loonie, which had been weakening since the end of October, is the best-performing currency among its Group of 10 counterparts today. 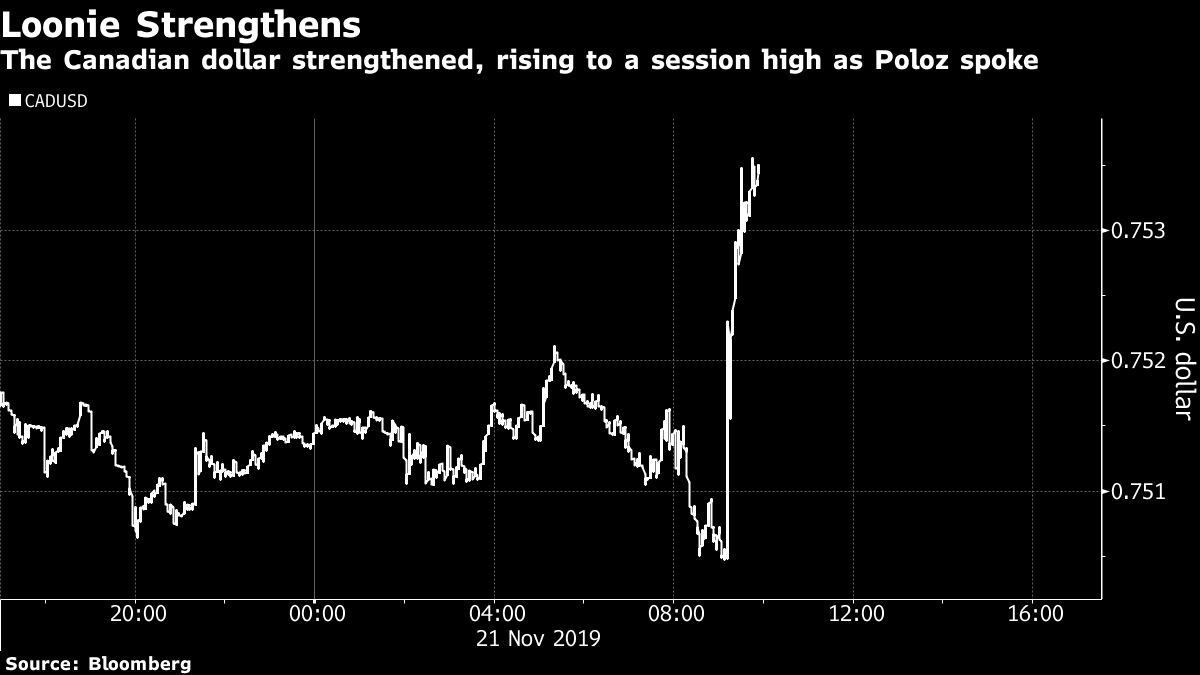 The Bank of Canada has emerged as one of the few major central banks not to loosen monetary policy, and whether Poloz will be forced to follow suit has become the biggest question for investors. At a rate decision last month, the governor acknowledged he and his colleagues had considered a cut, but chose against it, partly on concern such a move would fuel an increase in household debt levels, but also because inflation is at target.

The country is also benefiting from the global easing rate trend, which seems to be sparking “glimmers” of a response in economic activity, he said.

Still, Poloz said the bank will be watching to see if “the worst is behind us,” and he cautioned the trade wars may already have caused permanent damage to trend growth, meaning rate cuts globally may not be having as much of a stimulating effect.

The central bank’s next rate decision is Dec. 4.