Micro-cap Nabis Holdings Inc. surged from a penny to nearly a dollar over the course of a week before the stock was halted. Now a Canadian regulator says it will nix all those trades.

The Investment Industry Regulatory Organization of Canada said all trades between Jan. 27 and Feb. 2 would be canceled. Short-selling was also ruled ineligible.

“IIROC has made this designation in the interest of maintaining a fair and orderly market based on the fails relative to the number of shares outstanding,” according to a separate statement on short selling.

IIROC and Nabis didn’t immediately respond to requests for comment. Nabis is a Canadian investment company focused on the cannabis sector, according to its website. 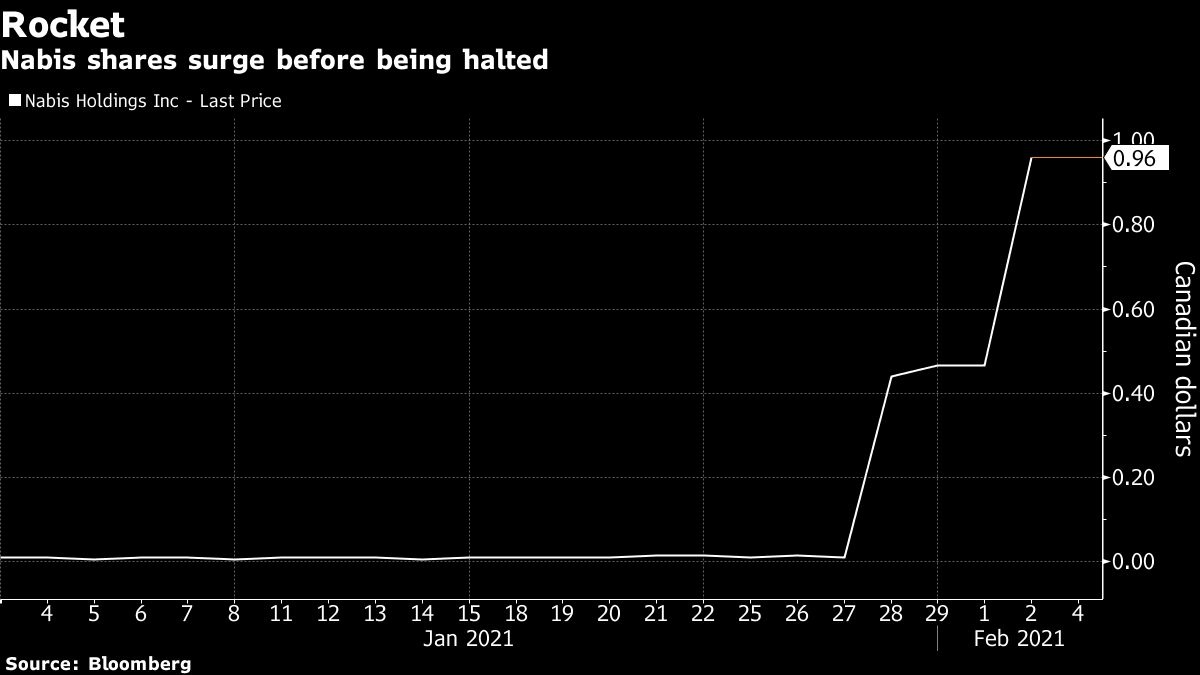 Canadian-focused cannabis stocks have been on a tear, with the Horizons Marijuana Life Sciences Index ETF up 73 per cent this year.

Nabis’s market value sits at $3.6 million after its surge and it has about 3.7 million shares outstanding. The company completed a recapitalization last month under Canada’s bankruptcy act, and issued 3.7 million new shares along with some new unsecured notes, according to a statement.

Separately, Nabis said Tuesday that one of its companies, Perpetual Healthcare Inc., got a dual license in Arizona to sell cannabis products to consumers as well as medical clients, while also settling a previously disclosed lawsuit.