Federal Reserve Chairman Jerome Powell said the first interest rate cut since the financial crisis was to “insure against downside risks” but didn’t signal the start of a lengthy easing cycle, drawing a sharp rebuke from President Donald Trump.

“We’re thinking of it as essentially in the nature of a mid-cycle adjustment to policy,” Powell said at a press conference Wednesday following the quarter percentage-point reduction. “It’s not the beginning of a long series of rate cuts,” he said, adding: “I didn’t say it’s just one” move.

Financial markets were whipsawed during the press conference as Powell struggled to define the rate path ahead. He attempted to explain how the cuts were mainly defensive, aimed at supporting the economy in a time of too low inflation, weakening global growth and trade tensions. At the same time, he said the U.S. grew at a “healthy pace” in the first half and the outlook is “favorable.”

The two-year Treasury yield at one stage jumped as much as 11 basis points on the day. The 10-year yield premium over the two-year rate flattened to levels unseen since March. The Bloomberg dollar index advanced to its strongest level since May.

If I lived under a rock and only read the statement and heard this press conference, I would have no real idea why the Fed cut interest rates today.

The volatility generated complaints from some traders that Powell had wrong-footed them by mentioning a mid-cycle adjustment before later clarifying that the Fed wasn’t one-and-done in terms of further cuts.

It’s not the first time the Fed chief has stumbled with investors and drawn criticism for not living up to his commitment to use plain English to explain monetary policy. He was blamed in December for unsettling markets with hawkish comments he later walked back.

“This was always a challenging balancing act for Powell,” said James McCann, senior global economist at Aberdeen Standard Investments. He said the chairman wanted to show the Fed was supporting the economy while pushing back against signs of panic or that officials saw “the need for a very aggressive easing cycle.”

Two Fed officials dissented against the decision to lower the target range for the benchmark rate to 2-2.25 per cent. The shift was predicted by most investors and economists.

“We’re looking for another 25 basis points, probably later than September, but before the new year,’’ said Roberto Perli, a partner at Cornerstone Macro LLC in Washington.

Officials also stopped shrinking the Fed’s balance sheet effective Aug. 1, ending a process that very modestly tightens monetary policy and was previously scheduled to come to a close at the end of September.

....As usual, Powell let us down, but at least he is ending quantitative tightening, which shouldn’t have started in the first place - no inflation. We are winning anyway, but I am certainly not getting much help from the Federal Reserve!

Trump welcomed the end of the balance-sheet runoff but attacked Powell for failing to begin “a lengthy and aggressive rate-cutting cycle which would keep pace with China, the European Union and other countries.”

“As usual, Powell let us down,” Trump said in a tweet.

While Trump wanted a larger rate cut, some Fed officials didn’t see the case for a rate cut at all.

Kansas City Fed President Esther George and Boston’s Eric Rosengren voted against the reduction, in favor of keeping rates steady. It was the first time since Powell took over as chairman in February 2018 that two policy makers dissented.

The domestic economy has performed well, growing 2.1 per cent in the second quarter. Powell emphasized that softness abroad threatens his goal of sustaining the US expansion.

Trump’s trade war with China is hurting foreign demand. Data released earlier Wednesday showed the pace of quarter-over-quarter growth in the euro area slowed by half in the latest three months to 0.2 per cent.

Rate cuts don't have the impact they used to: J. Zechner Associates

John Zechner, chairman and founder of J. Zechner Associates, explains how Central Bank easing produces the pace of economic growth we've seen in the past and how it can create the potential for bigger problems when an economic slowdown deepens.

Powell has repeatedly said the Fed’s “overarching goal” is to keep growth going. Acting now, when the central bank has less room to pare rates than in past downturns, is partly aimed at getting ahead of any potential slump.

Lackluster inflation also offered the Fed space and reason to ease. Its preferred price gauge, excluding food and energy, rose 1.6 per cent in June from a year earlier and hasn’t met the Fed’s 2 per cent target this year.

There’s a chance lower rates will lead to asset bubbles and excessive borrowing that will haunt the economy later but Powell said he didn’t view that threat “as a reason not to take this action today.”

The rate reduction was the first since December 2008 when the Fed dropped its benchmark effectively to zero as it battled recession and financial crisis. It began raising borrowing costs in December 2015, doing so another eight times. 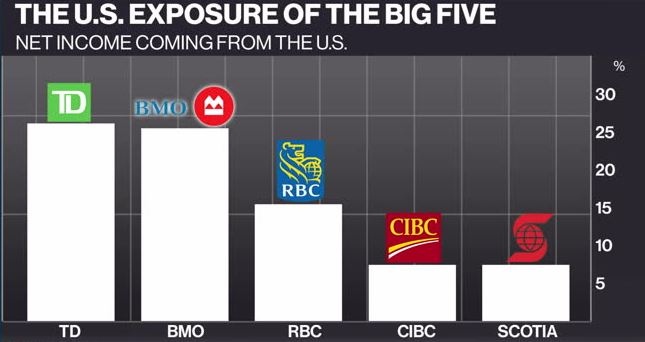