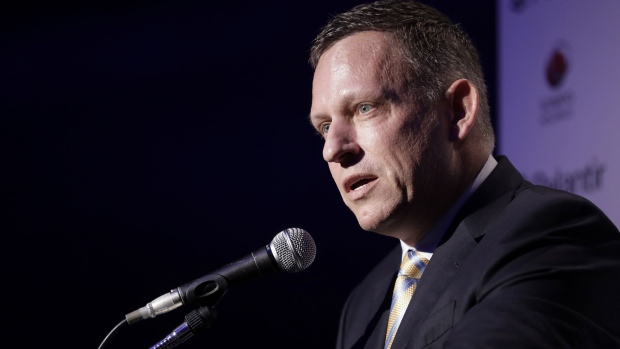 The world’s first exchange-traded fund for psychedelic-drug companies will debut this week in Toronto, as the investment industry tries to capitalize on rising interest in prospective mental health treatments using the drugs.

The Horizons Psychedelic Stock Index ETF, listed as PSYK, is expected to start trading Wednesday on the NEO Exchange, its operator said. The fund will track the North American Psychedelics Index.

Companies that work with drugs containing compounds such as psilocybin, the substance in magic mushrooms that produces psychedelic effects, are multiplying. Some early-stage investors are betting the drugs could disrupt the US$70 billion market for mental health treatment. The wave of enthusiasm over cannabis shares in recent years has, in some ways, spread to these drugs that were long associated with all-night rave parties.

Shares of companies like MindMed Inc. and Peter Thiel-backed Compass Pathways Plc have soared in recent months. MindMed has risen more than 10-fold since their first day of trading in Canada in March, giving it a market value of $1.4 billion (US$1.1 billion). The New York-based company said recently that it had raised about $237.2 million since being founded.

Compass’s U.S.-listed shares have risen about 165 per cent since an initial public offering in September, lifting its market value to US$1.6 billion. Jason Camm, Thiel Capital’s chief medical officer, is on the board.

The North American Psychedelics Index, created by Solactive AG, was down 2.7 per cent as of 12:45 p.m. New York time on Tuesday after five straight days of gains. It’s up about 14 per cent since the start of trading Jan. 18.

As more psychedelic firms go public, Steve Hawkins, chief executive officer of the ETF’s operator, Horizons ETFs Management Canada Inc., said the time was right to offer the new investment option. He said the company has received more inquiries on its website about the psychedelics ETF than it did about its first marijuana ETF, which launched in 2017 as HMMJ.

That marijuana fund has been on a wild ride. After debuting at $10 per unit, it surged to more than $26 on euphoria about Canada’s cannabis legalization, then collapsed below $5 last year. This month, it climbed back above the IPO price.

Kevin O’Leary, an early investor in MindMed who’s chairman of O’Shares Investments and has no relationship with Horizons, said the psychedelics sector needed indexing because it’s too risky for institutional investors to bet on just one early-stage company or drug trial. O’Leary, who also owns shares of Compass, said he looks for companies conducting multiple trials and attracting capital.

O’Leary and other investors in the sector chafe at the comparisons between psychedelics and cannabis, emphasizing that they’re seeking to scale up mental health therapies and research and aren’t immediately focused on recreational sales.

“We could not be further from what the cannabis industry became,” said MindMed co-CEO JR Rahn. Psychedelics are a new asset class, Rahn said, aiding in the urgent need for new and innovative mental health treatments. He said he expects pharmaceutical giants to seek partnerships in the sector.

In 2019, the U.S. Food and Drug Administration gave the green light to Johnson & Johnson’s prescription nasal spray Spravato, a close chemical cousin of the anesthetic ketamine that works quickly to alleviate symptoms of depression.