After seven dizzying weeks of gains, Canada’s stock market is at an impasse.

Two back-to-back days of heavy losses this week was enough to snap the S&P/TSX Composite Index’s winning streak as health officials warned on premature reopenings, Wall Street heavyweights called for caution and trade tensions between the U.S. and China heightened.

Investors wagering on negative interest rates may be getting ahead of themselves as Federal Reserve Chairman Jerome Powell and other central bankers dismissed going below zero. The Fed also issued a stark warning Friday, just as the market closed, that stock and other asset prices could suffer “significant declines” should the coronavirus pandemic deepen.

“We’ve effectively moved from the ‘shock and awe’ phase associated with massive fiscal and monetary stimulus to the ‘aw, shucks’ phase when investors recalibrate to the potential difficulties associated with containing and recovering from the global pandemic,” said Kurt Reiman, who sets strategy for the Canadian arm of BlackRock Inc. 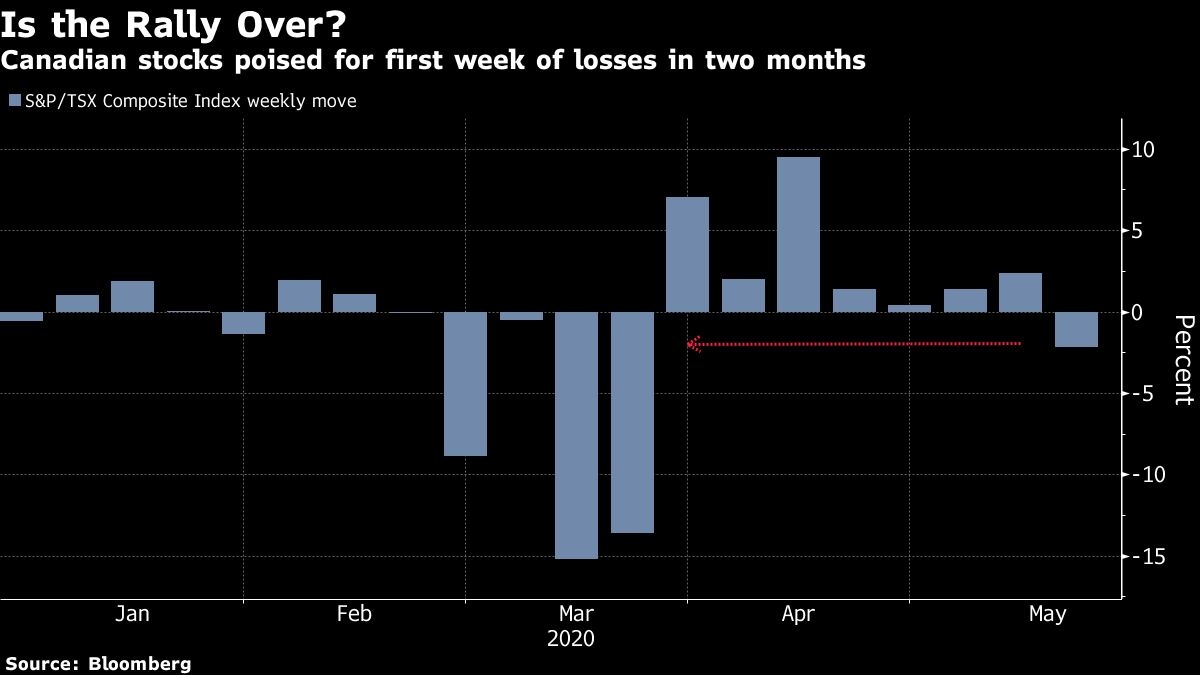 Case in point: Asian economies that have seen some of the most success quelling the coronavirus are now facing resurgences. It’s a painful reminder that as countries open up again and people resume normal life, flare-ups are likely. Closer to home, Quebec had to push back the time frame to restart the economy in Montreal as the city and its suburbs became Canada’s biggest COVID-19 hotspot. In contrast, Ontario announced it would begin to reopen most stores, except for those in shopping malls.

The S&P/TSX Composite gained Friday, but was down 2.2 per cent for the week, trimming its gains to 30 per cent from the low on March 23.

“It’s normal to see a pullback in markets in any environment, especially given the highly uncertain backdrop created by he COVID-19 pandemic,” said Lesley Marks, chief investment officer at BMO Private Wealth. “Investors are realizing that even though there is optimism for a recovery with easing restrictions globally, the recovery will be slow and not necessarily be a smooth path upward.”

Reiman noted the uneven performance of various industries. Both growth and defensive sectors, like tech, utilities and consumer staples, had stronger earnings and returns in Canada and globally. Cyclicals like energy and financials experienced sharp earnings downgrades and dividend cuts.

Stocks
• Financials, real estate and utility stocks led the declines on the TSX for the week, offset by tech and materials.

Loonie
• The Canadian dollar weakened by more than one per cent against the U.S. dollar this week.

While markets may have priced in the bad economic data released so far, there’s more to come.

“Our view is that in the coming months, we’re probably not going to see the same level of policy responses and announcements,” Craig Basinger, chief investment officer at Richardson GMP, said. “It’s hard to keep throwing a trillion dollars every month at the market. And at the same time, we’re going to start getting more bad more economic and earnings data.”

Basinger said he has reduced exposure to stocks in his funds and has tilted to a more defensive view. Second quarter-earnings results will be “anyone’s guess,” added Chris Kerlow, portfolio manager at Richardson GMP. 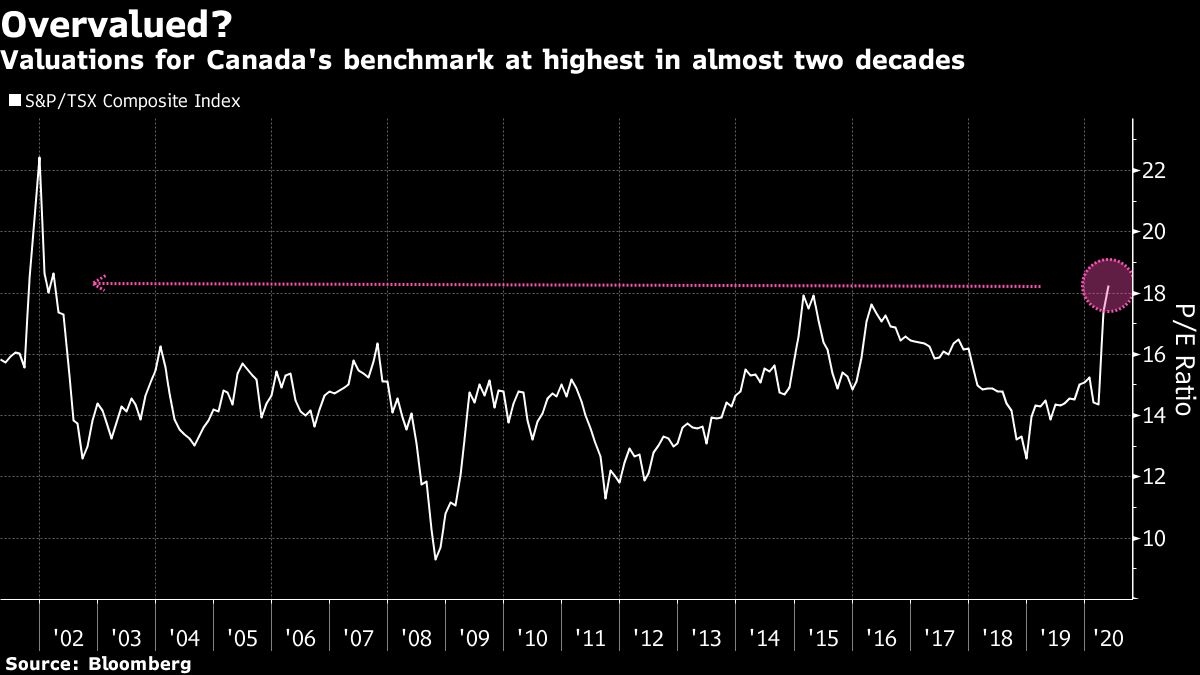 As far as the Bank of Canada is concerned, the country’s financial system remains resilient in the face of the COVID-19 pandemic and moves to keep credit markets functioning have been largely effective, though risks remain. The central bank’s balance sheet grew to $416.6 billion, about 18 per cent of Canada’s gross domestic product.

Consumer confidence is showing signs of improving as Canadians’ views on their personal finances, job security and expectations for the economy all improved.

Earlier this week, Justin Trudeau’s government unveiled a loan program for large companies with annual revenue of $300 million or more that have been hit by COVID-19 and can’t get financing by conventional means. Firms in all sectors can apply for the funding except the finance industry.

The world’s longest undefended border will likely remain shut until late June, according to a newspaper report. Prime Minister Justin Trudeau said at a media briefing this week that Canada will be “very, very careful about reopening any international travel including the United States.”