The best way to short the market at the moment is through put options: Spruce Point Capital CIO

The days of meme stocks marching to their own tune have come to an end.

A basket of 50 stocks that were placed on a restricted trading list by Robinhood Markets at the height of January’s retail trading mania is now moving in the same direction as the S&P 500. The rolling 30-day correlation between the two turned positive last week for the first time since the curbs were enacted, according to data compiled by Bloomberg.

GameStop Corp. shares, the embodiment of the Reddit-induced frenzy, flipped from a negative to positive correlation on Wednesday.

The return of a positive relationship is one small sign that trading in the shares has returned to some form of normalcy, with macro market forces such as surging Treasury yields and US$1.9 trillion of stimulus funds flowing into the economy now getting at least a modicum of attention. Still, there’s no guarantee that the link will endure. Just look at last week’s whipsaw in GameStop shares, which swung between a low of US$172 and a high of US$348.50 in a single day. 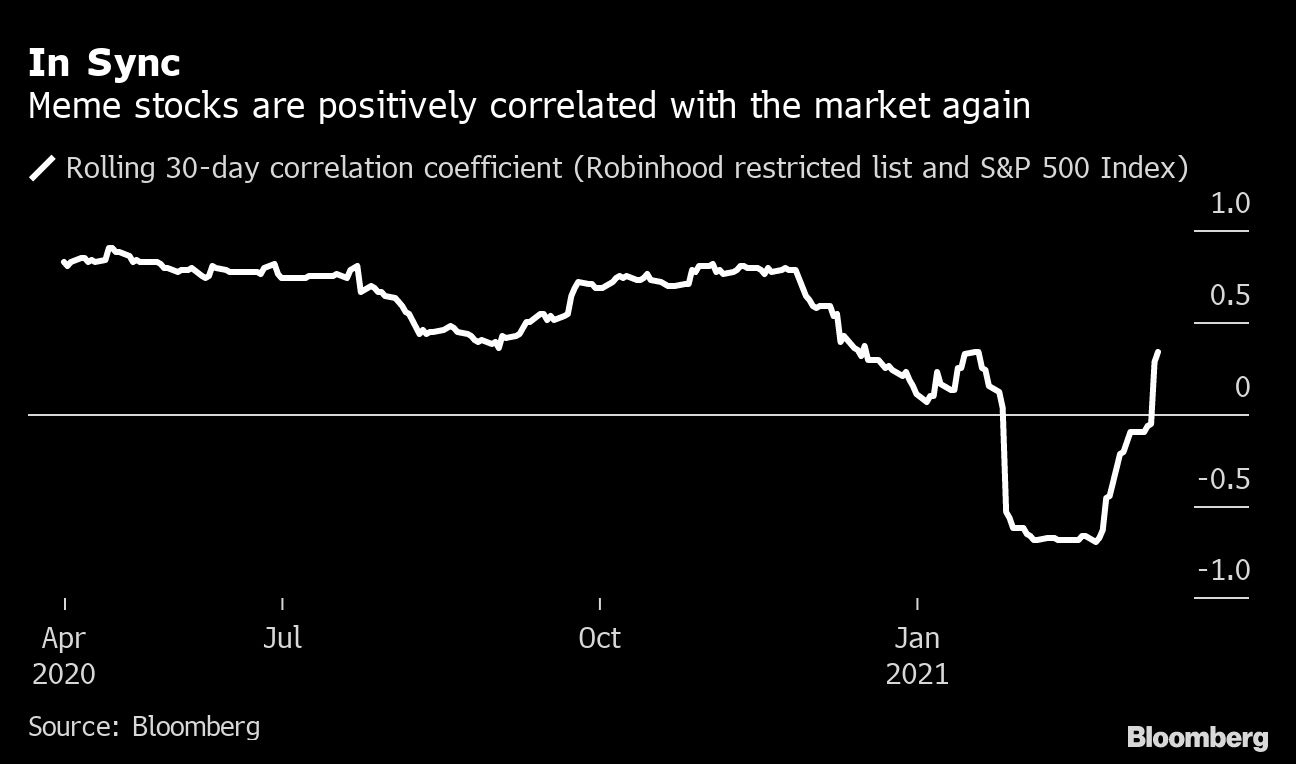 The out-of-sync movement between the meme stocks and the broader market over the last two months was extreme. The correlation coefficient dipped to as low as -0.7 on Feb. 22, signifying that their combined movements were in near perfect opposition with that of the broader market.

Over the course of the last year, the average correlation between the group and the S&P 500 stood at 0.51, a figure that includes its more than monthlong spell of moving against prevailing market price action. It peaked of 0.91 in May of last year, about as strong as that between the technology sector and the index over the same period.