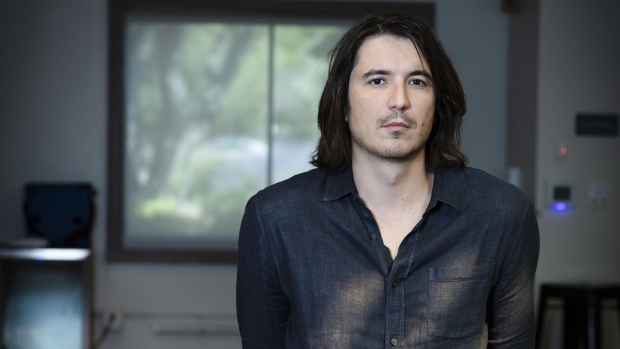 (Bloomberg) -- On the day of Robinhood Markets Inc.’s tepid public debut, Chief Executive Officer Vlad Tenev is focusing on the long term, saying he hopes his firm’s app can cultivate users who will do the same.

The brokerage he co-founded is striving for a “large portion” of its customers to be long-term investors, Tenev said Thursday in an interview with Bloomberg Television.

“It’s a surreal moment,” Tenev, 34, said shortly before Robinhood shares began trading on Nasdaq. “We’re not thinking about anything that happens in the market, especially in the short term,” he added. “The goal is to keep making great products, to keep improving the service and keep growing with customers.”

Shares of the Menlo Park, California based brokerage slid to $36 at 1:05 p.m. in New York after opening at $38, the low end of the expected range.

Read more: Robinhood Is Said to Sell About 20%-25% of IPO to Retail Buyers

Robinhood allocated an unusually large portion of the shares -- 20% to 25% -- for retail customers. While the company primarily offers trading products and generated three-quarters of last year’s revenue from transactions, it’s looking to develop other business lines. At the company’s live-streamed roadshow, Tenev said it was open to the idea of adding retirement products. The firm is also looking to build out its cryptocurrency platform for customers, he told Bloomberg TV.

“We can serve them in better ways, other than just investing in cryptocurrencies,” he said.

Still, regulatory challenges loom. The Financial Industry Regulatory Authority is examining the fact that Tenev and co-founder Baiju Bhatt aren’t registered with the Wall Street watchdog, Robinhood disclosed in a filing this week. That’s on top of a request from Finra and the Securities and Exchange Commission for information about Robinhood employees trading shares ahead of the company’s crackdown on customer purchases of so-called meme stocks, such as GameStop Corp., in late January. Robinhood said it’s cooperating with the inquiries and hasn’t been accused of wrongdoing.

Tenev said he oversees the brokerage’s holding company, and that executives at its subsidiaries hold the necessary Finra licenses. As with any big company, he said, Robinhood should expect regulatory scrutiny.