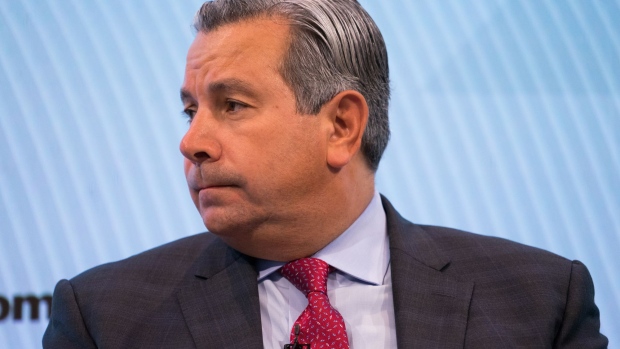 (Bloomberg) -- Rogers Communications Inc. said Chief Financial Officer Tony Staffieri has stepped down, leaving the company without one of its longest-serving senior executives as it pursues a $16 billion takeover of a rival firm.

Staffieri will be succeeded on an interim basis by Paulina Molnar, a senior vice-president who’s been at Rogers for 16 years.

Rogers said the planned takeover of Shaw Communications Inc. “continues to move forward as previously expected.” The deal, announced in March, would unite the country’s two largest cable providers but must get through a series of regulatory hurdles in Canada, including an antitrust review. It’s not expected to close until the first half of 2022.

The company didn’t respond to a request for comment.

“On behalf of the Rogers team, I thank Tony for the many contributions he made to our company including ensuring the integrity of our financial reporting over the nearly ten years he served as our CFO,” Chief Executive Officer Joe Natale said in the release. “We wish him well in his future endeavors.”

The statement also said third-quarter results would be “in-line” with an outlook provided by the company on July 21.

Adam Shine, an analyst who covers Rogers at National Bank Financial, wrote to clients: “While this news comes as a surprise, Rogers is reviewing all elements of the organization and preparing itself for the Shaw integration ahead, subject to regulatory approvals, with some realignment of personnel starting to happen.”