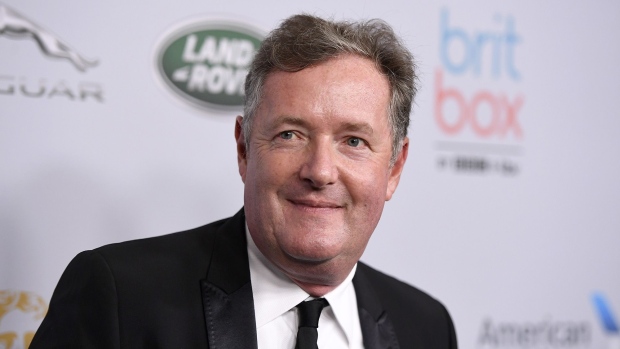 Morgan will have a TV show airing in the U.K., U.S. and Australia and two weekly columns for the New York Post and the Sun tabloids, News Corp.’s News UK said in a statement on Thursday.

The TV show, to be filmed in London and airing in early 2022, will be broadcast on talkTV, News Corp.’s new U.K. television channel. The talkTV plans mark a reversal from the company’s remarks in April that a local channel wouldn’t be commercially viable. For Morgan, it’ll be a return to television after he abruptly quit ITV Plc’s Good Morning Britain earlier this year in the midst of a backlash against comments he’d made about Meghan Markle.

Morgan has also signed a book deal with Murdoch’s HarperCollins to write a follow up to “Wake Up.” Morgan started his career at Murdoch’s Sun newspaper in London in the 1980s.

TalkTV, with its powerful billionaire backer, will be a challenge for right-leaning station GB News, which launched in June but has struggled with technical problems, weak ratings and the loss of its chairman.