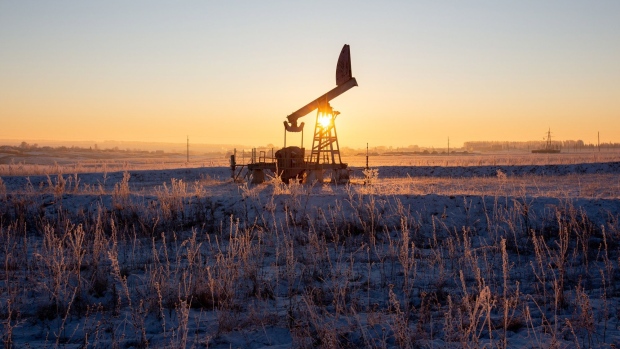 (Bloomberg) -- Russia reported the largest current-account surplus since at least 1994, as revenues from oil and gas exports surged and imports plunged after the U.S. and its allies imposed sanctions over President Vladimir Putin’s invasion of Ukraine.

The current account, the broadest measure of trade in goods and services, reached a surplus of $58.2 billion in the first quarter, more than 2.5 times the $22.5 billion reported a year earlier, the Bank of Russia said Monday.

While the sweeping western sanctions are expected to trigger the deepest recession in decades, the restrictions so far don’t extend to Russia’s key energy exports, which have benefited after prices jumped since the invasion began on Feb. 24. Capital controls imposed to limit the drop in the ruble mean that investment outflows are all but cut off.

“Export inflows stayed practically the same, but imports dropped sharply because of logistics limits and restrictions imposed by Western countries,” Finance Minister Anton Siluanov said in an interview published in the Izvestia newspaper on Sunday.