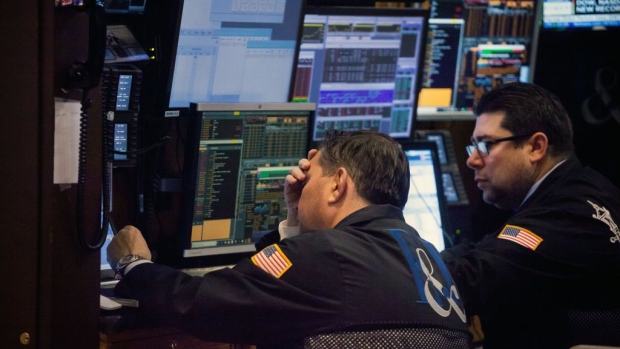 Today’s jobs report could be make-or-break data for U.S. equities.

The S&P 500 is 1.1 per cent below its closing high in February as investors head into the July nonfarm payrolls report at 8:30 a.m. New York time Friday. The data is crucial after a five-day rally that has looked past escalating U.S.-China tensions and instead toward the economic rebound, strong earnings and chances that Congress will approve a new stimulus plan.

The report is “one of the more consequential NFP releases in recent memory and represents a critical update on the state of the labour market recovery,” said Ian Lyngen, a strategist at BMO Capital Markets.

The biggest economy is expected to have added almost 1.5 million jobs in July, with the unemployment rate dropping to 10.6 per cent from a prior 11.1 per cent and average hourly earnings declining 0.5 per cent, according to the median of estimates compiled by Bloomberg News. 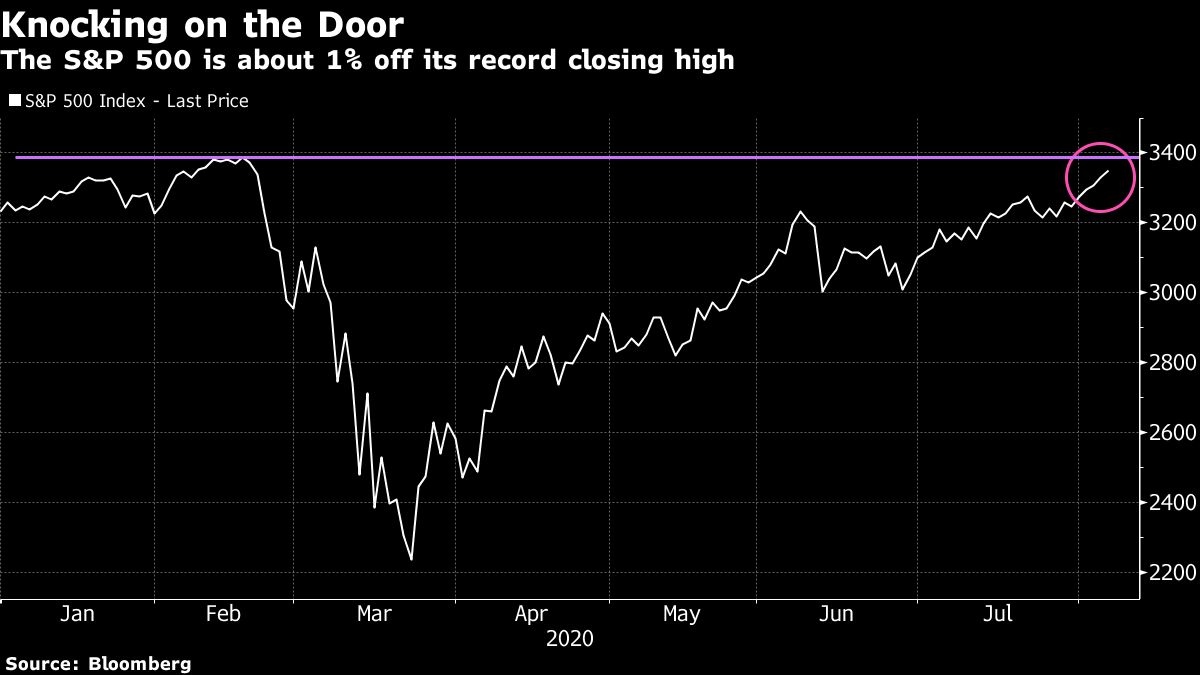 Here’s what some strategists see for markets around the report:

Results of BMO’s pre-payrolls survey “suggest a degree of downside is already reflected” in Treasury yields, “which raises the bar for any weakness in Friday’s number to truly shock investors. This does not preclude a robust report from inspiring a sell-off, but we suspect that would only further cement the trading range.”

“46 per cent see a retest of 3,000 in the S&P 500 before reaching 3,600, while 54 per cent anticipate an extension of the bullishness in equities to reach that threshold before any revisit to 3,000,” Lyngen said about the split in responses in the survey.

“With stocks enjoying a multi-day rally, and the dollar under a constant artillery barrage all week, the risks are that a disappointing number and or a massive downward revision to last month, sets of a potentially ugly short-term correction. That could see the U.S. dollar jump, stocks retreat and also knock gold off its record-highs perch. An aggressive fall by U.S. stocks would be a stern test for gold, as recent times suggest the two have a high correlation in such circumstances.”

“With an extended unemployment package still in debate, it could weigh on economic optimism” and fuel market moves around the jobs report. In particular, “energy stocks continue to be volatile around important economic releases given the perceived importance to a continued economic recovery.”

The strategists recommend buying straddles on the SPDR S&P Oil & Gas Exploration & Production ETF and Ford Motor Co. shares, and selling straddles on Dollar Tree Inc., ahead of the report.

Expectations for a strong jobs data “could be low considering how weak the ADP report was earlier this week. The ADP report is not always a great leading indicator for the employment report but we’ll see if there is a higher correlation this month. If the number surprises on the downside and the unemployment rate doesn’t dip below 11 per cent then we could see a market pullback on the news.”