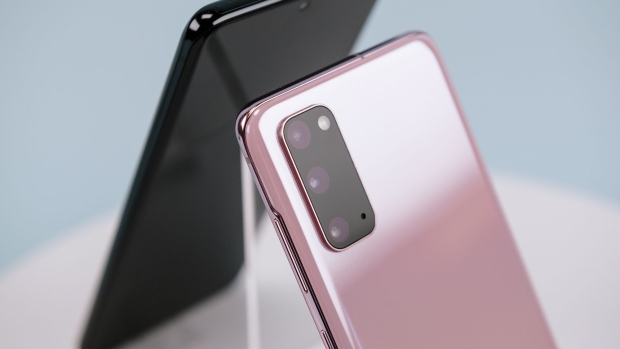 Samsung Electronics Co.’s profit for the first quarter rose 44 per cent from the prior year as the early release of a new flagship smartphone and strong gadget sales softened the blow from a Texas power failure that took one of its factories offline.

South Korea’s biggest company posted operating income of 9.3 trillion won (US$8.3 billion) for the three months ended March in preliminary results released Wednesday. That compares with a 8.88 trillion won average of forecasts. Sales for the quarter were 17 per cent higher than the same period a year ago at 65 trillion won. The company didn’t provide net income or break out divisional performance, which it will report later this month.

Shares were down about 0.5 per cent in Seoul on Wednesday morning.

The world’s largest memory maker had warned about profitability declining in the first quarter, anticipating weaker demand, but instead the economic rebound from the pandemic happened faster than expected and semiconductor prices are now on the rise.​ “Improving DRAM supply-demand conditions will boost the profits,” said Bloomberg Intelligence analyst Masahiro Wakasugi, adding that “the launch of next-generation DRAM, DDR5 (double data rate 5), in 2H21 may stimulate demand, further boosting the sales.”

​Still, the company’s Austin, Texas plant was suspended for more than a month by statewide power failures, leading to about 300 billion won of losses, according to analysts’ estimates. That lost output will have affected its auto parts and mid-range smartphones, said Greg Roh, a senior vice president at HMC Securities.

The Galaxy S21 family of flagship Android devices was released earlier than Samsung’s annual refresh cadence, giving its phone business a January boost. With major rival Huawei Technologies Co. derailed by U.S. sanctions, Samsung and a cohort of Chinese contenders have rushed to fill the void left in the market.

Samsung’s first-quarter smartphone shipments are estimated at 76 million, up 25 per cent from the previous quarter, with an average selling price more than 20 per cent higher, according to Eugene Investment & Securities. The S21 series outsold its predecessor S20 by a two-to-one margin in the first six weeks after launch, helped by a lower starting price and strong support from U.S. carriers, according to Counterpoint Research.