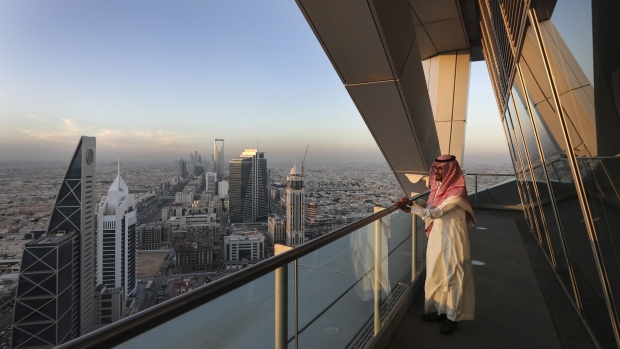 An employee looks out from the 32nd floor viewing platform of the Al Faisaliah Tower, as skyscrapers and commercial buildings stand beyond, in Riyadh, Saudi Arabia, on Thursday, Dec. 1, 2016. Saudi Arabia is working to reduce the Middle East’s biggest economy’s reliance on oil, which provides three-quarters of government revenue, as part of a plan for the biggest economic shakeup since the country’s founding. , Bloomberg

(Bloomberg) -- Saudi Arabia plans to create special economic zones with incentives to lure investors as part of a new strategy to boost foreign and domestic investment announced by the kingdom’s crown prince on Monday.

The special zones will focus on “high-priority sectors” and offer “competitive regulations,” according to a statement published by the official Saudi Press Agency.

The statement did not provide further details on the zones, but said that the new National Investment Strategy aimed to increase foreign direct investment to 388 billion riyals ($103 billion) and domestic investment to 1.7 trillion riyals, annually.